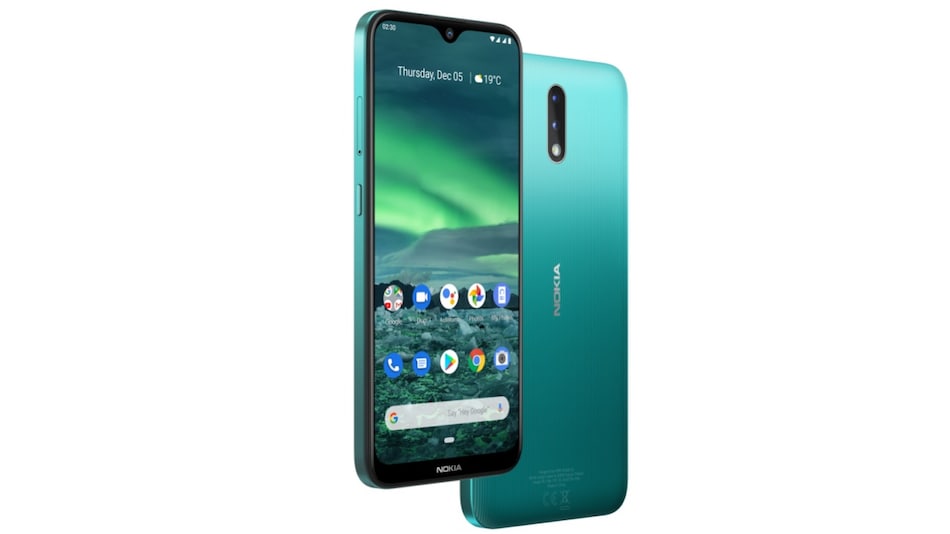 Nokia 2.3 was launched back in December last year and went on sale in India soon after, priced at Rs. 8,199 for its sole variant. Nokia has slashed the asking price of its entry-level Android phone by Rs. 1,000 in India, bringing the phone's cost down to Rs. 7,199. To recall, the Nokia 2.3 packs modest specifications that include a 6.2-inch HD+ display, a paltry 2GB of RAM, dual rear cameras, and the quad-core MediaTek Helio A22 SoC. Being a Nokia-branded phone, it runs the stock Android interface.

The price cut on Nokia 2.3 is now live in the country and it can be purchased at the reduced value of Rs. 7,199 from the official Nokia online store. The phone is available at a slightly lower price of Rs. 7,165 from Amazon in the country. Nokia 2.3 is up for grabs in Cyan Green, Sand, and Charcoal colour options.

The dual-SIM (Nano) Nokia 2.3 boots stock Android Pie software and is in line to receive the Android 10 update soon. It comes equipped with a 6.2-inch HD+ (720x1520 pixels) display with a waterdrop notch and 19:9 aspect ratio. It draws power from the quad-core MediaTek Helio A22 SoC coupled with 2GB of RAM.

Nokia's entry-level phone features a dual-rear camera setup that includes a 13-megapixel primary snapper with an f/2.2 aperture, assisted by a 2-megapixel depth sensor. A 5-megapixel camera with an f/2.4 aperture is there to handle selfies and video calls. There is 32GB of onboard storage that is can further be expanded via microSD card (up to 400GB).

The Nokia phone comes with a dedicated Google Assistant button, and has a polymer body with 3D nano texture. Connectivity is handled by 4G LTE, Wi-Fi 802.11 b/g/n, Bluetooth v5.0, GPS/ A-GPS, Micro-USB (v2.0), and a 3.5mm headphone jack. Nokia 2.3 features a 4,000mAh battery that can be juiced up using the 5W charger that comes bundled in the retail package.