Nokia 2.3 is reportedly getting the November 2020 security patch and the size of the update is 29.76MB. 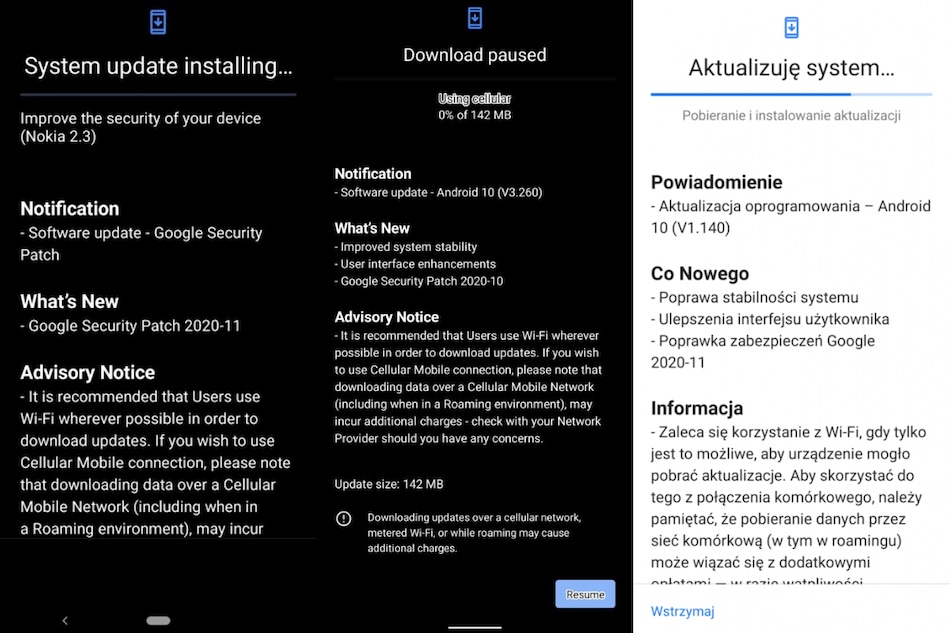 Nokia 5.1 Plus is receiving the October 2020 security patch with the latest update

NokiaMob reports that three phones – Nokia 2.3, Nokia 5.1 Plus, and Nokia 8.3 5G – are all receiving new updates. Beginning with the Nokia 2.3, the size of the update is reported to be 29.76MB and it brings along the latest November 2020 Android security patch. Apart from upgrading security, the new update seems to add no other tweak. It's not clear which all markets are receiving this update at the moment.

Furthermore, a screenshot of the Nokia 5.1 Plus receiving a new update has also been released. The screenshot reveals that the new update comes with version number V3.260 and it brings along the October 2020 Android security patch. The size of the update is reported to be 142MB, and the changelog suggests that it brings along user interface enhancements and improves system stability as well.

Lastly, the Nokia 8.3 5G is also reportedly receiving a new update with the version V1.140. The update is about 129MB in size, and it brings along the November 2020 Android security patch. It also brings along system stability improvements and user interface enhancements. The markets in which these updates are rolling out are not clear, but now the updates have begun, they should arrive in all compatible regions in the near future.

It is recommended that all updates are downloaded over Wi-Fi and some storage space is freed up before beginning the process of installation. It is also advisable to backup handset data before you update a phone.

The Mandalorian Season 2 Episode 5 Recap: May the Force Be With You