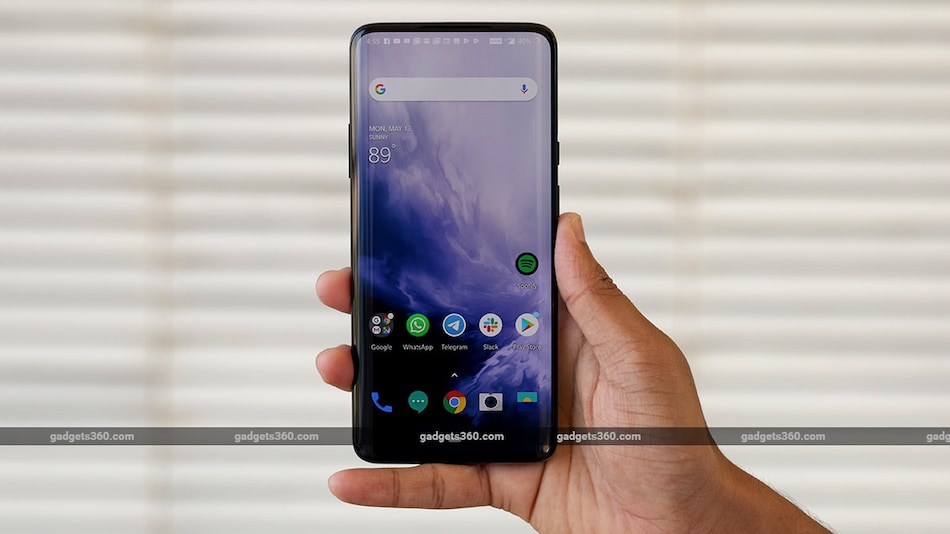 OnePlus 7 Pro, OnePlus 7 have started receiving the OxygenOS 10.3.4 update in India and other global markets. The Chinese smartphone giant announced the incremental rollout on its community forum, adding that the OxygenOS 10.0.7 update for European Union (EU) nations will follow soon. Rolled out in stages to select users, the latest update brings in support for the newly launched OnePlus Buds — the brand's first true wireless stereo (TWS) earphones. It also adds the July 2020 security patch, among several other changes.

OnePlus announced the roll-out on its community forum yesterday, saying that select OnePlus 7 Pro and OnePlus 7 handsets have already started receiving the OxygenOS 10.3.4 update in India and and major global markets. It also announced that the OxygenOS 10.0.7 update will start rolling out to EU markets soon.

It must be noted that the roll-out is not specific to any region as of now. The company says that the update is presently pushed out to random users, on a limited number of devices. This is done to ensure that there are no critical bugs. OnePlus also said that downloading the build using VPN may not work out, either.

The latest OxygenOS updates include integration with the OnePlus Buds true wireless earphones launched last month. OnePlus has been increasingly rolling out support for the TWS offering in its devices, including the OnePlus 6 series, OnePlus 8 series, and the OnePlus Nord.

The update also introduces customisable clock styles for your phone screen. A ‘Clock Style' option should now be available under the Customization option in settings.

The latest OTA update also comes with the much-needed July 2020 Android security patch. The company said that an issue where double taps couldn't wake up the screen has been fixed as well. Other fixes include correcting the wrong display names of inserted SIM cards. The latest update has also adapted to Bluetooth hearing aid app connection under the Android 10 Audio Streaming for Hearing Aid (ASHA) Agreement.