OnePlus 8T launch in India will take place through an online stream that will begin at 7:30pm IST on October 14. 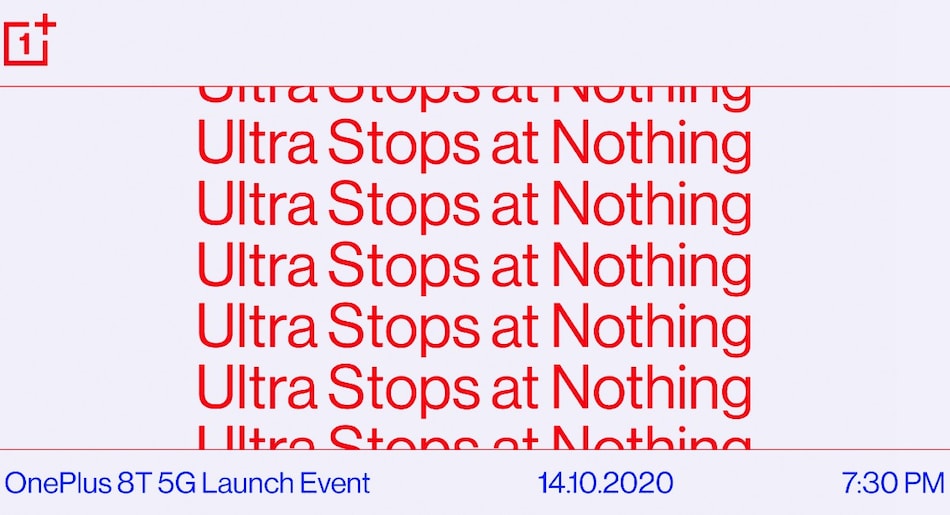 OnePlus 8T launch date in India has announced by OnePlus

OnePlus 8T launch in India is set for October 14, the Chinese company announced through a press note on Monday. The new development comes just after Amazon suggested the release date of the next-generation OnePlus smartphone through the terms and conditions of its contest. The OnePlus 8T will be the successor to the OnePlus 8 that was launched globally in April. The new smartphone is rumoured to come with a Qualcomm Snapdragon 865+ SoC and run on Android 11 out-of-the-box. You could also expect some design-level changes on the OnePlus 8T over the OnePlus 8.

The launch of the OnePlus 8T in India will take place through an online stream that will begin at 7:30pm IST on the OnePlus India website on October 14. Amazon has already confirmed the online availability of the new smartphone by creating its microsite. However, it would be available through OnePlus.in and offline retail channels alongside the online marketplace.

OnePlus was initially expected to launch the OnePlus 8T in the Indian market sometime in September — just like the OnePlus 7T that debuted on September 26 last year. However, the company seems to have delayed the launch due to the coronavirus pandemic.

“With the upcoming OnePlus 8T, we are once again raising the bar for ourselves in terms of the overall user experience, thanks to some new features that we are excited to introduce for the first time in a OnePlus device. I am confident that the OnePlus 8T will once again exceed expectations and deliver an unparalleled flagship experience,” OnePlus Founder and CEO Pete Lau said in the note.

The OnePlus 8T is rumoured to come with OxygenOS 11 based on Android 11 and feature a 6.55-inch full-HD+ display with a 120Hz refresh rate. The phone is also said to have the octa-core Qualcomm Snapdragon 865+ SoC under the hood, with up to 12GB of RAM. Further, the OnePlus 8T may offer up to 25GB of onboard storage option.

OnePlus is said to provide a quad rear camera setup on the OnePlus 8T, with a 48-megapixel primary sensor and a 16-megapixel ultra-wide-angle shooter. The phone is also said to have a 32-megapixel selfie camera sensor at the front. Furthermore, the OnePlus 8T may pack a 4,500mAh battery with 65W fast charging support.