OnePlus 8T is said to be powered by the Snapdragon 865+ SoC and come with 120Hz refresh rate. 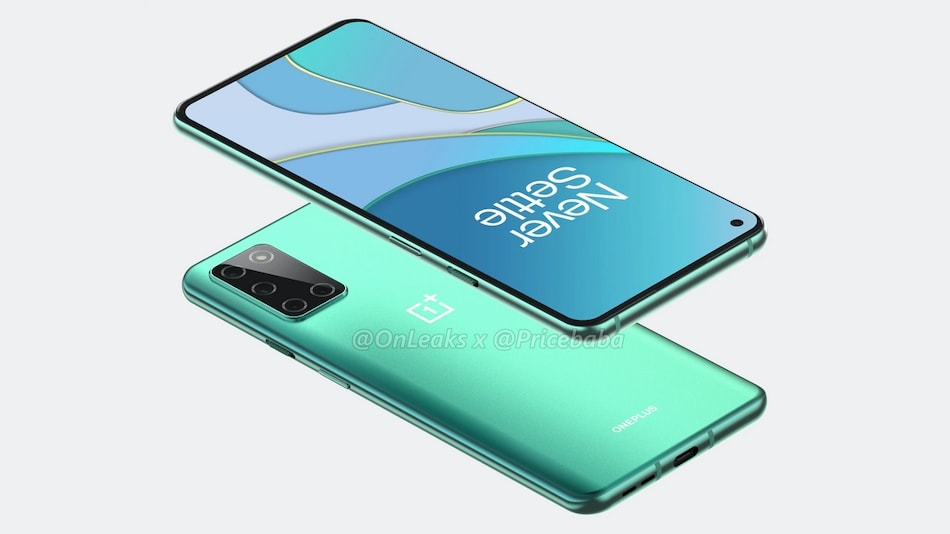 OnePlus 8T has been tipped to come with 65W fast charging support and a redesigned rear camera module. A new report claims to carry renders for the phone showing off the design, ports, button layout, and more, along with some specifications. The OnePlus 8T and the OnePlus 8T Pro are expected to be next smartphone models by the Chinese company, but a report from last week stated that the company might not launch the OnePlus 8T Pro this time around, or at least not alongside the OnePlus 8T.

In a report, PriceBaba in collaboration with OnLeaks has shared the alleged renders and specifications of the OnePlus 8T. The phone is said to feature 6.55-inch display with full-HD+ resolution and 120Hz refresh rate. It is said to be powered by the Snapdragon 865+ SoC and come in two configurations – 8GB + 128GB and 12GB + 256GB. Additionally, the phone is said to carry a quad rear camera setup that will include a 48-megapixel primary shooter, accompanied by a 16-megapixel sensor with an ultra-wide lens, a 5-megapixel macro shooter, and a 2-megapixel portrait sensor. On the front, the OnePlus 8T may feature a 32-megapixel camera for selfies, housed in a hole-punch cutout at the top left corner of the screen.

The phone is expected to be backed by a 4,500mAh battery with support for 65W fast charging. The phone will run on OxygenOS 11, based on Android 11, out of the box.

Coming to the design, the renders show a phone very much like the OnePlus 8 but with a redesigned rear camera module. The OnePlus 8 had the module in the centre with the three cameras sensors vertically aligned. The OnePlus 8T seems to have a rectangular module housing the four cameras in an L-shape, along with the flash. Besides this, the button layout and ports seem to be in their standard positions as seen on previous OnePlus phones.

OnePlus launched a standard version and a Pro version in its T series for the previous generation OnePlus 7T. However, last week, it was reported that this time the company might not launch the OnePlus 8T Pro along with the OnePlus 8T that is expected to debut either by the end of September or in the first week of October.

YouTube Shorts, Yet Another TikTok Competitor, Launched in India in Early Beta