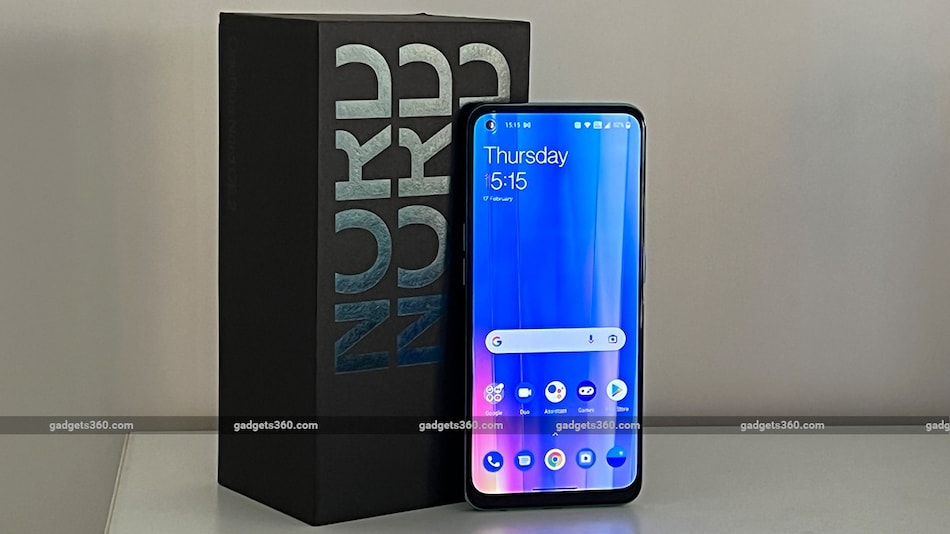 OnePlus Nord CE 2 5G price in India is set at Rs. 23,999 for the 6GB RAM + 128GB storage base model, while the 8GB RAM + 128GB storage variant is priced at Rs. 24,999. The smartphone will be available in Bahama Blue and Gray Mirror colour options, and will go on sale starting February 22 via Amazon, the company's official website and retail stores, according to OnePlus.

The dual-SIM (Nano) OnePlus Nord CE 2 5G runs on Android 11, with the company's OxygenOS 11 running on top. The smartphone sports a 6.43-inch (1,080x2,400) full-HD+ Fluid AMOLED display with a 90Hz refresh rate. The display has a pixel density of 409ppi, and offers sRGB and Display P3 colour gamut support, with HDR10+ certification and Gorilla Glass 5 protection. The OnePlus Nord CE 2 5G is powered by an octa-core MediaTek Dimensity 900 SoC with an ARM Mali-G68 GPU under the hood, paired with up to 8GB of LPDDR4X RAM.