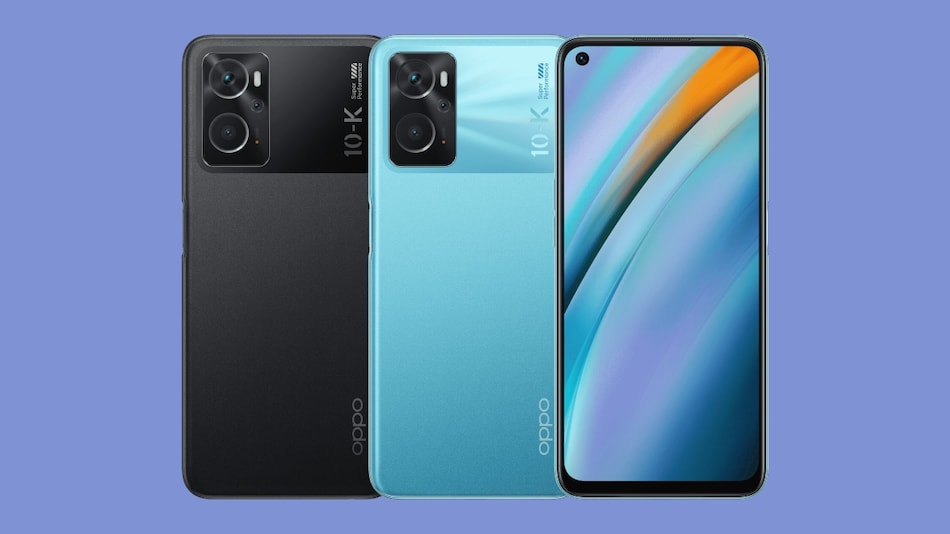 The Oppo K10 was released globally in March this year

Oppo K10 was released globally earlier this year in March. The company is now expected to unveil the Oppo K10 series in China soon. The lineup is said to include the base variant and the Oppo K10 Pro. An Oppo handset bearing the model number PGJM10 has been spotted on TENAA certification, which is believed to be the base Oppo K10 model. Unlike the global variant which was powered by a Snapdragon 680 SoC, the Chinese model is expected to be a premium offering with a MediaTek Dimensity 8000 SoC.

According to the TENAA listing, the Oppo K10 would arrive in China with a MediaTek Dimensity 8000 SoC. It is listed to feature 8GB of RAM with 128GB and 256GB onboard storage options. The handset could have a 6.59-inch LTPS LCD screen with a full-HD+ (1,080x2,412 pixels) resolution. The display is supposed to have a wide colour gamut of up to 16.7 million colours. There is expected to be a 16-megapixel selfie camera in the front. The triple rear camera setup could be highlighted by a 64-megapixel primary sensor coupled with 8-megapixel and 2-megapixel secondary sensors. This Oppo smartphone is said to be 164.3x75.8x8.7mm in dimensions and weigh around 205g. It is listed to pack a 4,890mAh battery, but we can expect a 5,000mAh battery at release.

According to a recent report, the Oppo PGJM10 handset was also spotted on the China Compulsory Certification (3C) site which, would suggest that the Oppo K10 be nearing its release in China. The alleged 3C listing mentions that this handset could support up to 66W fast charging and feature a single-cell battery.

To recap, the global variant of the Oppo K10 features a mid-range Snapdragon 680 SoC. It booted Android 11 out of the box with a ColourOS 11.1 skin on top at launch. It sports a 6.59-inch full-HD+ display with a 90Hz refresh rate. It features a 50-megapixel triple rear camera setup and a 16-megapixel selfie shooter. The Oppo K10 houses a 5,000mAh battery with 33W SuperVOOC fast charging support. The handset measures 164.4x75.7x8.4mm and weighs 189g.