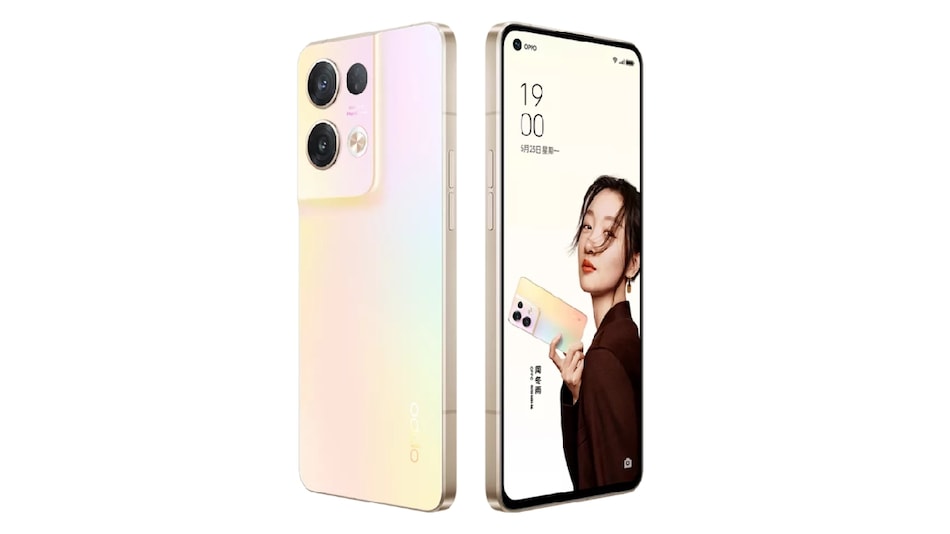 Oppo Reno 8 and Oppo Reno 8 Pro are set to launch in India on July 18. These handsets already made their debut in China earlier this year in May. They are equipped with flagship MediaTek chipsets along with several proprietary technologies, including fast charging, device cooling, and more, according to the company. The Chinese tech giant has revealed several key specifications of these smartphones ahead of their India launch. The company has also promised to deliver two annual Android OS updates for the Oppo Reno 8 series along with four years of security updates.

According to the company, the Oppo Reno 8 Pro will be powered by an upgraded MediaTek Dimensity 8100-Max SoC over the Snapdragon 7 Gen 1 SoC featured in the model launched by Oppo in China in May. It features 2.85GHz ARM Cortex-A78 cores paired with a Mali-G610 MC6 GPU. The chipset comes with MediaTek's HyperEngine 5.0 and Imagiq ISP technologies. It can support two cameras simultaneously, allowing users to shoot from the front and rear cameras at the same time. The Dimensity 8100-Max also features MediaTek's APU 580 technology for power-effective AI performance.

On the other hand, the Oppo Reno 8 comes with the MediaTek Dimensity 1300 SoC, which is a significant upgrade over the Dimensity 900 SoC featured in its predecessor Oppo Reno 7. The octa-core Dimensity 1300 SoC features 3GHz Arm Cortex-A78 cores. This chipset also features the HyperEngine 5.0 gaming technology. It also supports 4K HDR recording, which is claimed to offer up to 40 percent more dynamic range than standard HDR.

Both, the Dimensity 8100-Max and the Dimesity 1300 support 5G connectivity. They also feature MediaTek MiraVision with enhanced HDR10+ video playback. These chipsets are even capable of upgrading standard SDR content to HDR on the fly using AI Video technology.

The Oppo Reno 8 series also offers support for 80W SuperVOOC fast charging that is claimed to provide up to 50 percent of battery life with an 11-minute charge. These handsets include the Battery Health Engine and five-layer charging protection for keeping the battery safe and improving its lifespan.

Furthermore, the Reno 8 Pro is equipped with the Ultra-Conductive Cooling System for maintaining optimum temperatures while gaming, watching videos, and capturing photos. The Reno 8 features a Super-Conductive VC Liquid Cooling System, which is said to offer 16.8 percent more cover than the system featured in Reno 7. These smartphones have also received TÜV SÜD 36-Month Fluency Rating A Mark certification for up to 36 months of smooth performance.

The Oppo Reno 8 series is set to launch in India on July 18 at 6pm.