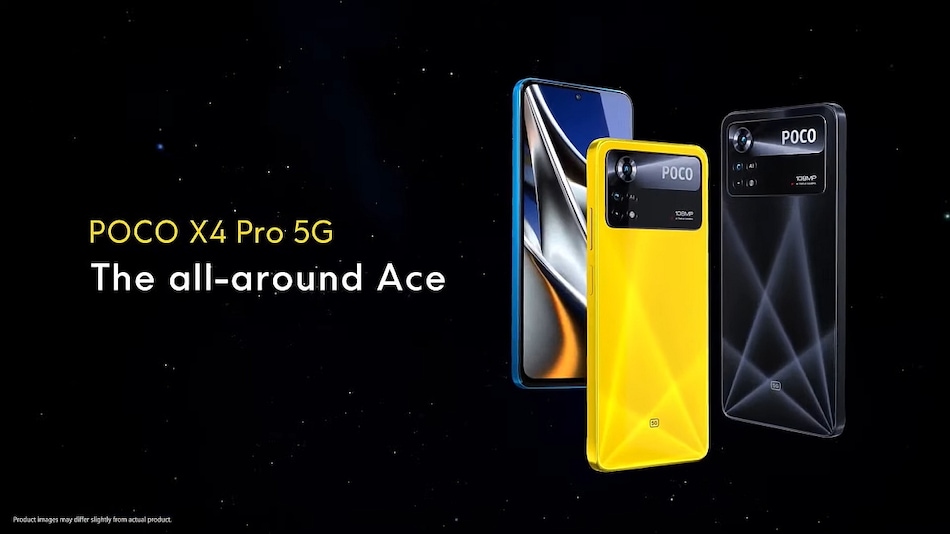 Poco X4 Pro 5G India launch date has been teased by the Xiaomi sub-brand. The upcoming smartphone will launch in the country next month. The Poco X4 Pro 5G was launched globally at the end of February at Mobile World Congress (MWC) 2022. As per a tipster, the Indian version of Poco X4 Pro 5G is said to get a 64-megapixel primary sensor. The global version of the smartphone is powered by a Qualcomm Snapdragon 695 SoC, paired with up to 8GB of RAM.

According to a tweet by Poco, Poco X4 Pro 5G is teased to launch in India on April 10. The tweet mentions "The X has a date! Let's know if you're able to find it." In the image shared the Roman numerals "X" and "IV" are clearly visible, indicating 10 and 4, or April 10.

The X has a date! Let's know if you're able to find it.

It should be noted that the company didn't confirm the date. A user (@techstarsrk) responded to the tweet, suggesting that April 10 is indeed the India launch date for Poco X4 Pro 5G, but the company chose not to confirm nor deny the date in a tongue-in-cheek manner.

Poco X4 Pro 5G is priced at EUR 229 (roughly Rs. 19,200) for the base 6GB + 128GB storage variant. The 8GB + 256GB storage model is priced at EUR 349 (roughly Rs. 29,300). It can be expected the India variant will feature a similar price tag, although nothing has been confirmed by the company. Poco offers the smartphone in Laser Black, Laser Blue, and Poco Yellow colour options.