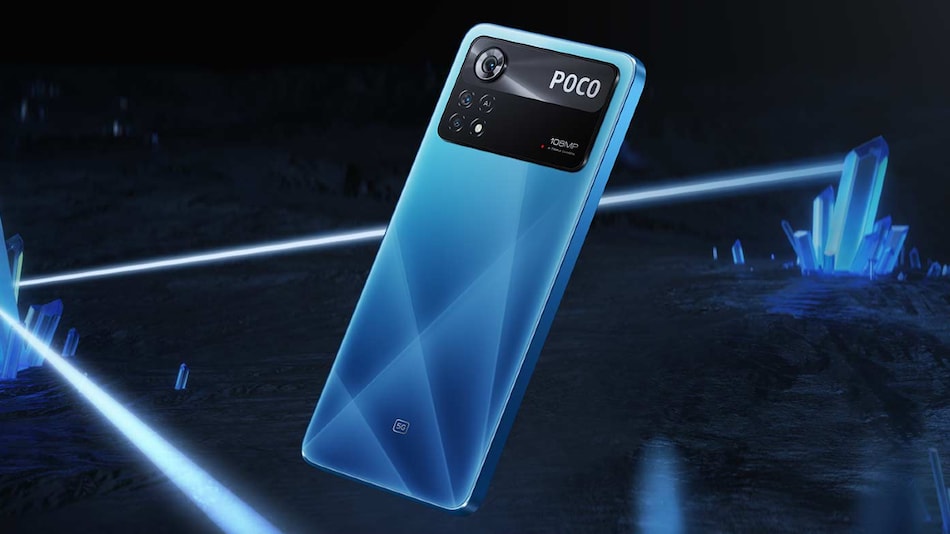 Poco X4 Pro 5G smartphone could be making its debut in the Indian market soon. The details are yet to be officially announced by the company, but the latest Poco X-series handset has reportedly bagged certification from the Bureau of Indian Standards (BIS), hinting that it may arrive in the Indian market soon. Poco recently unveiled the X4 Pro 5G and the M4 Pro 4G smartphones globally at MWC 2022. Poco X4 Pro is powered by a Qualcomm Snapdragon 695 SoC under the hood and features a 108-megapixel primary camera. It runs on a 5,000mAh battery. Separately, Poco Watch was also reportedly spotted on the BIS website.

Known tipster Mukul Sharma (@stufflistings) has spotted the Poco X4 Pro 5G smartphone on BIS listing with model number 2201116PI. However, the tipster does not reveal any details about the RAM and storage configurations, or specifications of the Indian variant of the Poco X4 Pro 5G.

Separately, according to Sharma, Poco Watch with model number M2131W1 has also appeared on the BIS website. Based on this information, it's speculated that the company is likely to introduce its first smartwatch in India soon. Poco, though, is yet to announce any details regarding Poco X4 Pro 5G's India variant and the coming of a Poco smartwatch.

The triple rear camera setup of Poco X4 Pro 5G includes a 108-megapixel primary camera, an 8-megapixel ultra-wide-angle camera, and a 2-megapixel macro camera. There is a 16-megapixel selfie camera as well. The handset packs up to 256GB of inbuilt storage that can be expanded (up to 1TB) via a microSD card slot. It packs a 5,000mAh battery that supports fast charging at 67W.