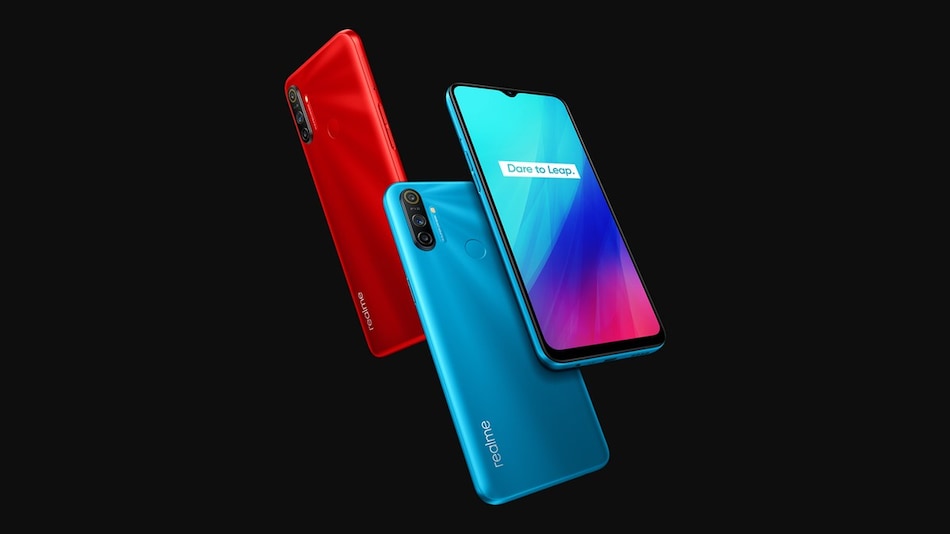 Realme C3 was launched in February

Realme C3 was launched in India in early February this year. Now, Realme has released the firmware version RMX2020_11_A.15 Realme UI update on the Realme C3, bringing major camera improvements and minor bug fixes to the budget offering from Realme. The budget offering from the Chinese manufacturer came with Android 10-based Realme UI 1.0 out-of-the-box. The phone offered a 6.5-inch 720x1600 pixels display, along with an octa-core processor and up to 4GB of RAM, with two storage options.

The new update is available to download over the air for Realme C3 users, and is also available on the Realme website to download separately. The Realme C3, successor to the Realme C2, was launched in February with two variants - a 3GB RAM + 32GB storage variant, and a 4GB RAM + 64GB storage option. The phone features an octa-core MediaTek Helio G70 SoC. The Realme C3 comes with a dual camera setup on the back, and a 5-megapixel front camera within its teardrop notch.