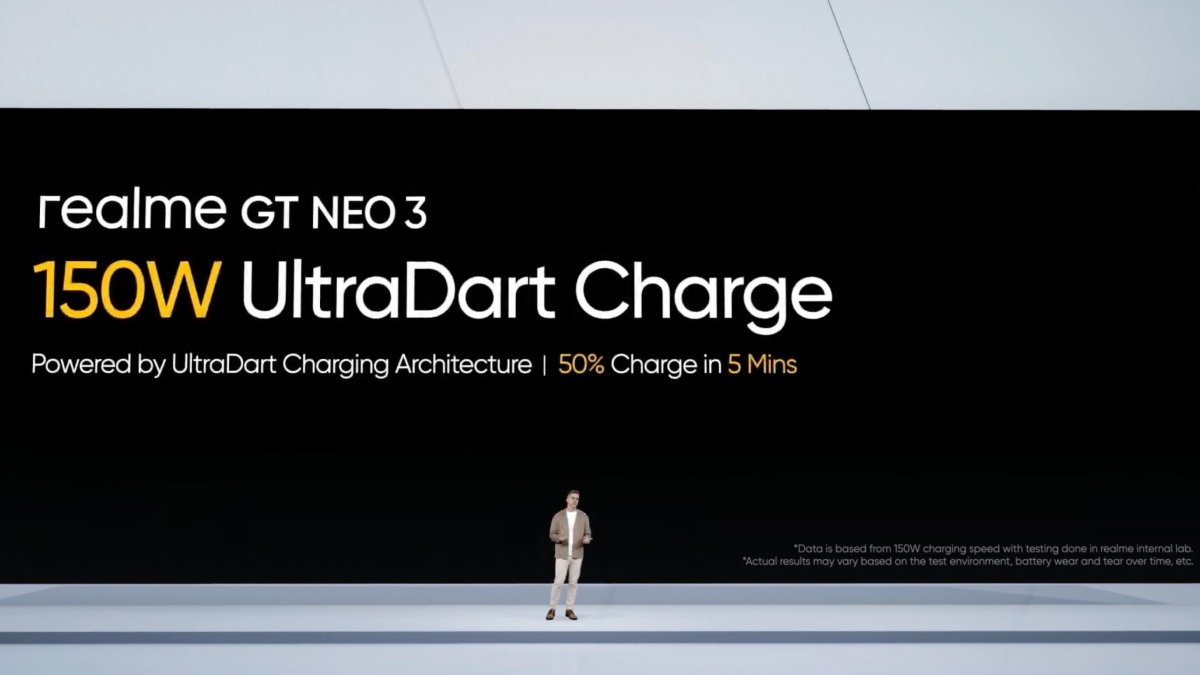 The Realme GT Neo 3 specifications have been shared by tipster Yogesh Brar. He says that the Realme smartphone will sport a 10-bit 6.7-inch full-HD+ OLED display with HDR 10+, and 120Hz refresh rate. It is said to be powered by a MediaTek Dimensity 8100 SoC, which made its debut earlier this week. The information about the Realme GT Neo 3 possibly sporting the Dimensity 8100 SoC was first shared by tipster Digital Chat Station.

Coming to the camera, the Realme GT Neo 3 is said to sport a triple rear camera headlined by a 50-megapixel Sony IMX766 sensor with OIS. The setup will include an 8-megapixel ultra-wide, and a 2-megapixel telephoto shooter which doubles up as a macro camera, the tipster says. On the front, the phone is claimed to feature a 16-megapixel sensor. It is tipped to draw power from a 4,500mAh battery with 150W UltraDart fast charging, which Realme announced at an MWC 2022 event.