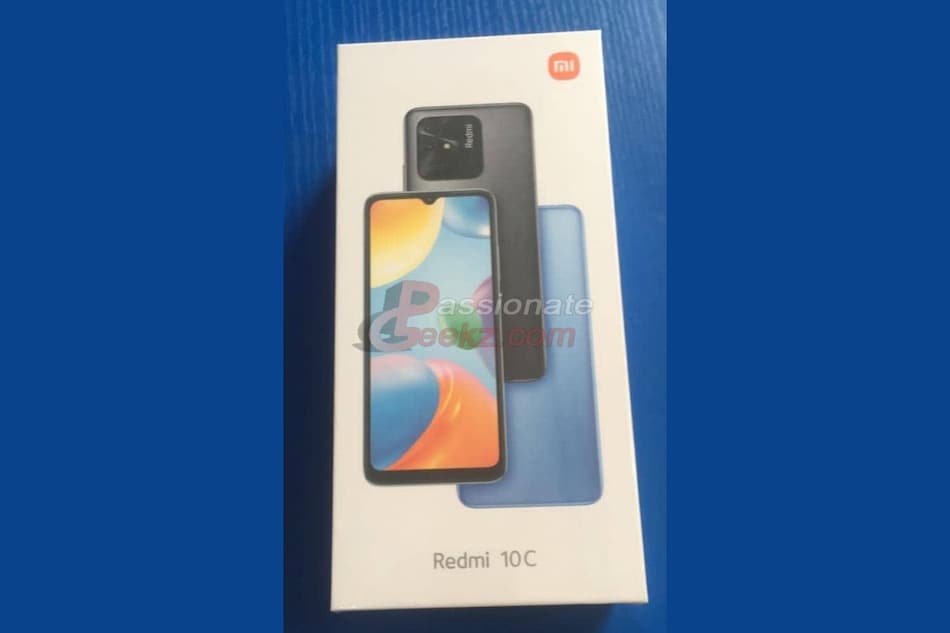 Redmi 10 is set to launch in India next week, and a tipster suggests that the smartphone will be a rebranded Redmi 10C. Images of the latter's retail box from Nigeria have also surfaced online, hinting at its imminent launch in Africa. The vanilla Redmi 10's design has been teased via a dedicated microsite and it seems to be similar to the design of Redmi 10C — as seen on the retail box. Both smartphones seems to have a similar rear camera module design and placement.

Comparing the images on the Nigerian retail box for Redmi 10C and the Indian version of Redmi 10 on the microsite, both seem to have a similar design. The smartphones get a dual rear camera setup in a square housing. Both get a flat display with a waterdrop-style notch, thin bezels on three sides, and a thick chin. The two Redmi smartphones are also shown with their power button and volume rockers on the right spine.

As per the image shared by Guglani, the vanilla Redmi 10 will sport a 6.71-inch Dot Drop display. The upcoming smartphone is said to be powered by a Qualcomm Snapdragon 680 SoC — but mentioned on microsite as a 6nm Snapdragon SoC — paired with UFS storage. Redmi 10 will reportedly get a 50-megapixel primary rear camera as well as a 5-megapixel selfie camera. The phone is also said to pack a 5,000mAh battery with 18W charging support.