The compact gamepad is compatible with Redmi K20 and Redmi K20 smartphones. 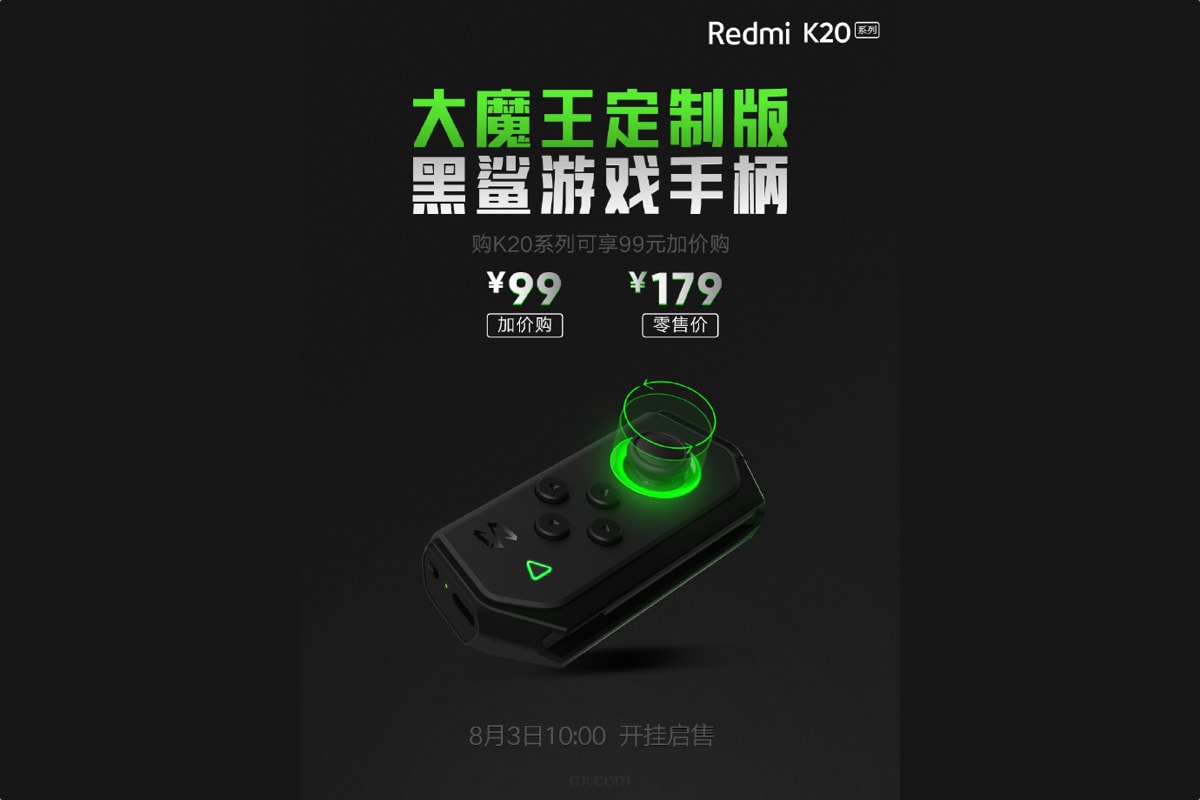 Just one day after teasing its launch, Xiaomi's sub-brand Redmi announced the launch of a new Redmi K20 gamepad on Tuesday, via Weibo. From the looks of it, it's quite similar to the gamepad that was launched alongside the first Black Shark gaming smartphone last year.

The compact gamepad can be hooked to a Redmi K20 or a Redmi K20 Pro smartphone on its left-hand side. The gamepad supports Bluetooth 4.2 connectivity and includes a 340mAh battery. The game controller comes with LT and LB buttons, a stick, configurable gameplay buttons, and a Bluetooth connection indicator.

There's no official word on whether the new Redmi K20 gamepad will arrive in India. But considering the company has already launched the Redmi K20 series phones in India, it doesn't seem like a bad idea to launch it here as well.

To recall, the Redmi K20 series phones feature an in-display fingerprint scanner, three rear cameras, and a large 4,000mAh battery. Both the phones are currently being sold in India via flash sales.