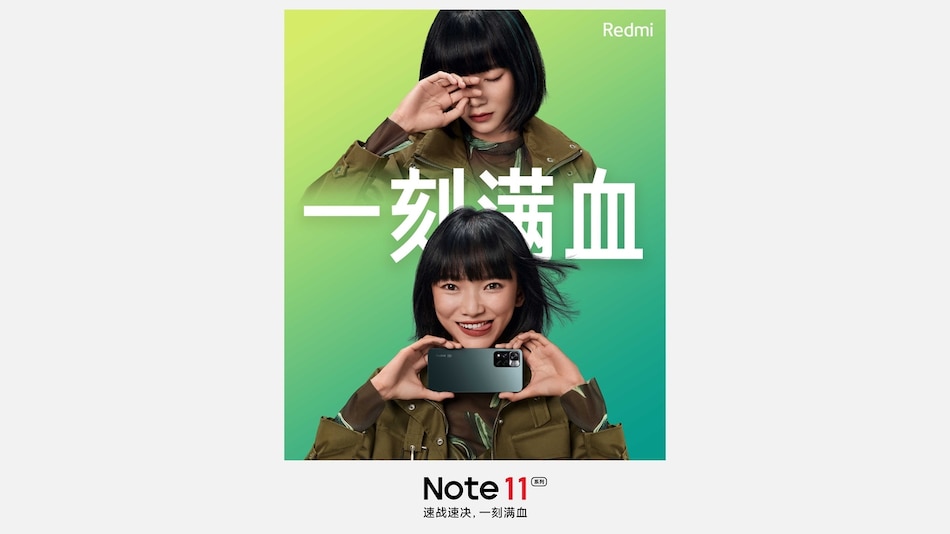 Through a series of posts on Weibo, Xiaomi revealed the design of its upcoming smartphone as well as its specifications and colour options. The Redmi Note 11 Pro has been teased to feature a MediaTek Dimensity 920 SoC based on 6nm architecture featuring two Cortex-A78 cores and a Mali-G68 MC4 GPU. The Chinese tech giant also said that the newly launched chipset from MediaTek has scored 500,949 points in the AnTuTu v9 benchmark. Furthermore, Xiaomi teased that the TSMC processor features a large vapour cooling chamber for better heat dissipation.

Xiaomi also shared a bunch of images of the Redmi Note 11 Pro on the Chinese microblogging website, Weibo. These images show the upcoming smartphone in the Shallow Dream Galaxy colour option. Another post on Weibo shows the Redmi smartphone in a greenish-black hue. The name of the colour option was not revealed.

As mentioned, Redmi's General Manager Weibing has confirmed that the Chinese tech giant will release two generations of the Redmi Note series per year. The upcoming Redmi Note 11 series will be a successor to the Redmi Note 9 series. Further, Weibing also mentioned the reason behind this strategy is that Redmi customers' demand varies greatly and a single product cannot cater to all these demands. Hence, Redmi will try to meet the demands of its customers through multiple product offerings.

Weibing further said that the Redmi Note 10 Pro 5G — launched in May and powered by the MediaTek Dimensity 1100 SoC — focuses solely on performance. He explained that the company has opted for the Dimensity 920 SoC for the upcoming Redmi Note 11 Pro so that the smartphone can improve on other peripherals such as the 120W fast charger, AMOLED display, 108-megapixel camera, and stereo speakers.