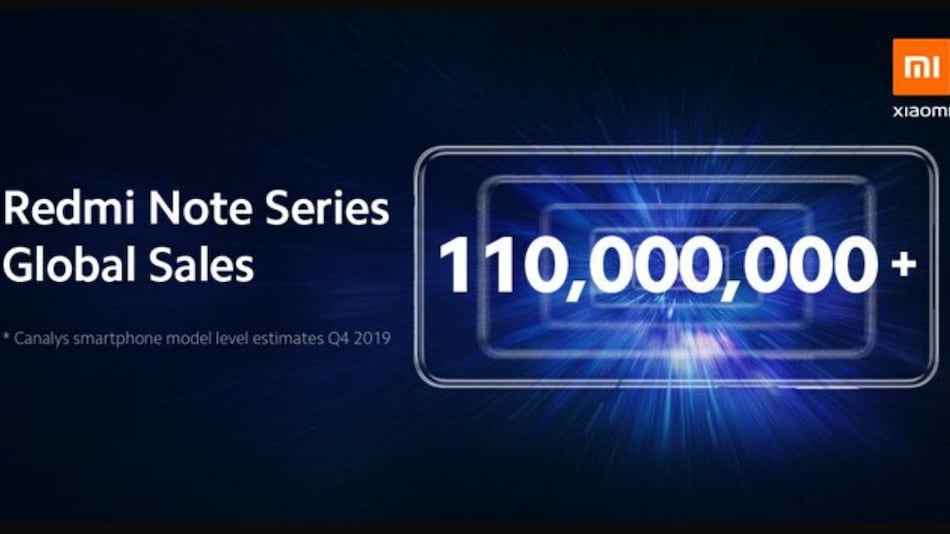 Xiaomi's Redmi Note-series that has been in the market since 2014 is a popular smartphone lineup among customers due to its affordability and aggressively competitive specifications. From the first Redmi Note smartphone to the latest Redmi Note 9-series, Xiaomi has also remained a popular brand in India where the company has one of its largest markets. Now in a post on Friday, Xiaomi announced that its Redmi brand has sold over 110 million units worldwide since its launch till the fourth quarter of 2019.

The post was shared by Xiaomi on Twitter and other social media platforms. The Chinese tech giant first launched its Redmi Note in March 2014, a model that later came to India after eight months. At the time the first Redmi Note smartphone was launched in India, the smartphone was sold at Rs. 9,999. Xiaomi has kept the price of its future Note smartphones around the same range.

Xiaomi over the years has included several variants to its Redmi Note series such as the Redmi Note 2, the Redmi Note 3 and so on till the recently unveiled Redmi Note 9. Xiaomi Redmi Note 4 was in fact, was the top-selling smartphone in India in 2017. Recently, the company during the launch of Redmi Note 9-series announced that Redmi has sold over 100 million devices in India.