Samsung Galaxy A51, Galaxy A21s Getting Android 11-Based One UI Update: Reports

Samsung Galaxy A51 and Galaxy A21s are reportedly receiving the April 2021 security patch with the update. 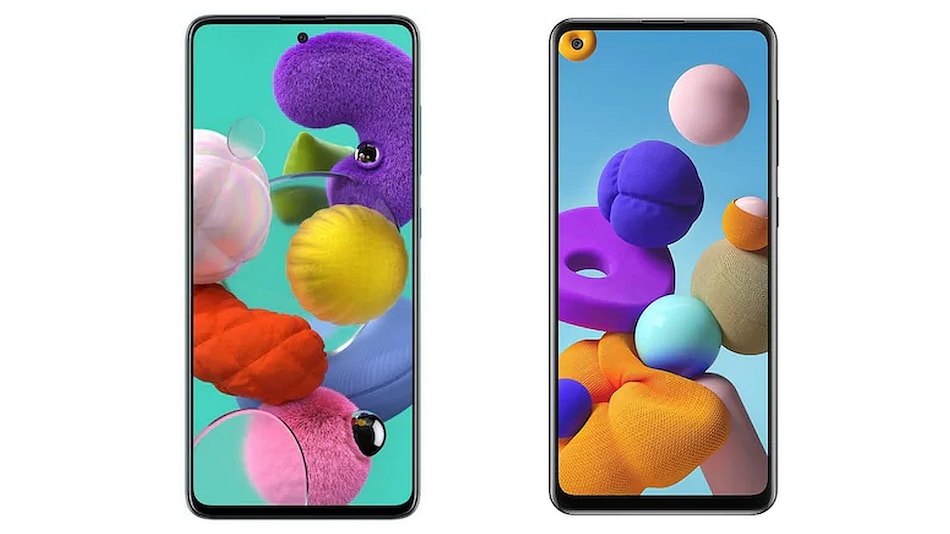 Samsung Galaxy A51 got bumped up to Android 11 with One UI 3.0 in February

Samsung Galaxy A51 and Galaxy A21s are the latest smartphones from the South Korean tech giant to reportedly receive the Android 11-based One UI 3.1 and One UI 3.0 updates, respectively. Galaxy A51 was launched in January 2020 and received the Android 11-based One UI 3.0 last month. It is now reportedly receiving the latest One UI 3.1 update in Russia. Samsung Galaxy A21s, on the other hand, was launched in June 2020 with Android 10 and is now reportedly receiving its first major OS update in South Korea. There has been no official information from Samsung regarding the rollout.

According to reports by SamMobile, Samsung is updating Galaxy A21s to Android 11-based One UI 3.0 and Galaxy A51 to One UI 3.1. Samsung Galaxy A51 is said to be receiving One UI 3.1 with build number A515FXXU4EUC8 bundled with April 2021 Android security patch. Galaxy A21s is receiving One UI 3.0 update with the build number A217NKSU5CUC7 bundled with April 2021 Android security patch. If you have an eligible handset and wish to manually check for the update, head over to Settings > Software updates > Download and install.

Samsung Galaxy A51 is powered by the Exynos 9611 SoC and is available with up to 8GB of RAM, paired with 128GB of onboard storage. On the back, it has a quad camera setup that comprises a 48-megapixel primary lens, a 12-megapixel wide-angle lens, a 5-megapixel depth sensor, and a 5-megapixel macro camera. At the front, it has 32-megapixel selfie camera and an Infinity-O display. It packs a 4,000mAh battery that supports 25W fast charging.

Under the hood, Samsung Galaxy A21s has an Exynos 850 SoC, bundled with up to 6GB of RAM and 64GB of onboard storage. It also has a quad rear camera setup that features a 48-megapixel primary lens, an 8-megapixel ultra-wide camera, a 2-megapixel depth sensor, and a 2-megapixel macro camera. For selfies, it has a 13-megapixel sensor housed within a hole-punch cutout. It packs a 5,000mAh battery with 15W fast charging support.