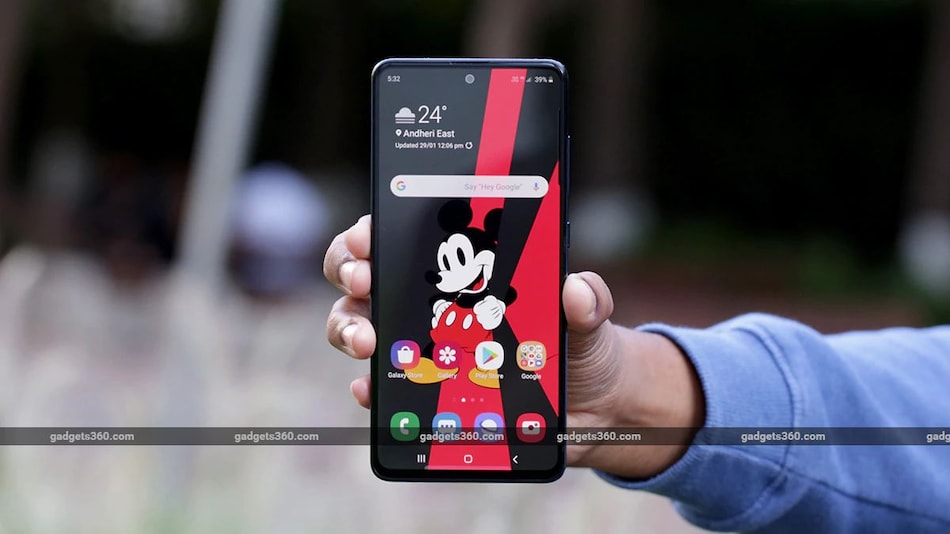 Samsung Galaxy A51 was recently demoted to biannual software updates

Samsung Galaxy A51 is reportedly receiving its Android 12 update in Saudi Arabia and South Africa. Launched back in January 2020, the smartphone initially came with Android 10 out-of-the-box. The update can be seen as part of the smartphone manufacturer's broader update rollout plan that was initiated in April with the European and US regions. It is expected that the Android 12 update will soon roll out in Asian and South American regions as well.

According to a report by GSMArena, Samsung Galaxy A51 has started receiving its Android 12 update coupled with the smartphone manufacturer's One UI 4.1 skin in Saudi Arabia and South Africa. The report adds that the update will likely make its way to Asia and South America as part of the wider update rollout plan.

To recall, the Galaxy A51 started receiving its Android 12 update first back in March, as per another report, in markets such as Russia, UAE, and Vietnam. The update reportedly made its way to the US earlier this month.

As for the One UI 4.1 update, and what it brings to the Samsung Galaxy A51, users can expect several features such as a new home screen with larger icons. You can select themes for your phone which can be applied to the applications as well. The brightness slider on the latest version of One UI only appears when you swipe down on the notifications window, although you can set it to always appear on top of the notifications window in the settings.

The Android 12-based One UI 4.1 update for the Samsung Galaxy A51 also adds to the home screen the Google Discover newsfeed that can be accessed by swiping right. You can also use the edge panel to access other features such as the multi-window and application short-cuts by swiping left from the edge of the screen.

The Android 12 update to the Galaxy A51 also brings privacy functions such as the Knox-protected Secure Folder feature and a privacy window in Settings that allows you to choose permissions for individual applications.

In February, Samsung's website reflected that the mid-range smartphone will only get updates biannually, brought down from four promised on the rest of Samsung's Galaxy A series. The Galaxy A51 5G variant still gets quarterly security patches.