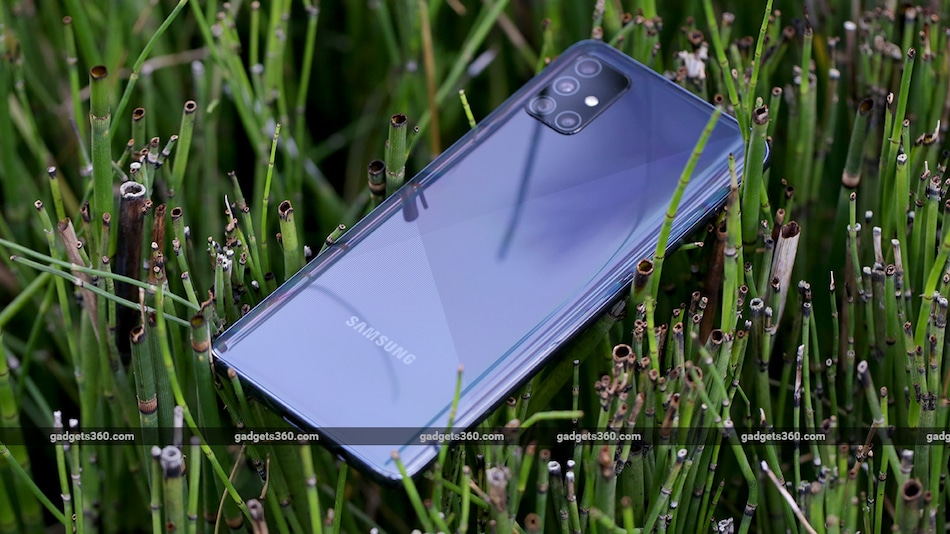 Samsung Galaxy A51 is reportedly getting the July 2021 Android security patch with an update. The update has been spotted in Russia and can be expected to be rolled out to other regions soon. According to the report, the update also carries some additional features and user-facing improvements that are not known yet. The smartphone is still receiving the June 2021 security patch across various regions. Samsung launched the Galaxy A51 in January 2020 with Android 10 out-of-the-box and subsequently received an Android 11 update in March this year.

According to a report by SamMobile, Samsung has given the Galaxy A51 (Review) the latest Android security patch — July 2021 — with an update. There are reportedly new features and improvements to the smartphone but there is no official information about it yet.

The firmware version of the update is A515FXXU5EUG2 but there is no information on the size of the update. It is recommended that users update their Galaxy A51 handsets while they are connected to a strong Wi-Fi connection and are put on charging. To manually check for the update, head to Settings > Software update > Download and install.

Launched in January 2020, Samsung Galaxy A51 ran Android 10 out-of-the-box and subsequently received an Android 11 -based One UI 3.1 update. It sports a 6.5-inch Super AMOLED full-HD+ (1080x2400 pixels) Infinity-O Display with a 20:9 aspect ratio and in-display fingerprint sensor. It is powered by an Exynos 9611 SoC that is paired with 6GB of RAM and its 128GB of internal storage can be expanded up to 512GB via a microSD card.

For optics, it features a quad rear camera setup that includes a 48-megapixel primary sensor, a 12-megapixel ultra-wide-angle sensor, and two 5-megapixel sensors. Selfies and video calls are handled by a 32-megapixel camera at the front. It packs a 4,500mAh battery with 25W fast charging support.