Samsung Galaxy A51, Galaxy A31 Getting October 2021 Security Patch: Report 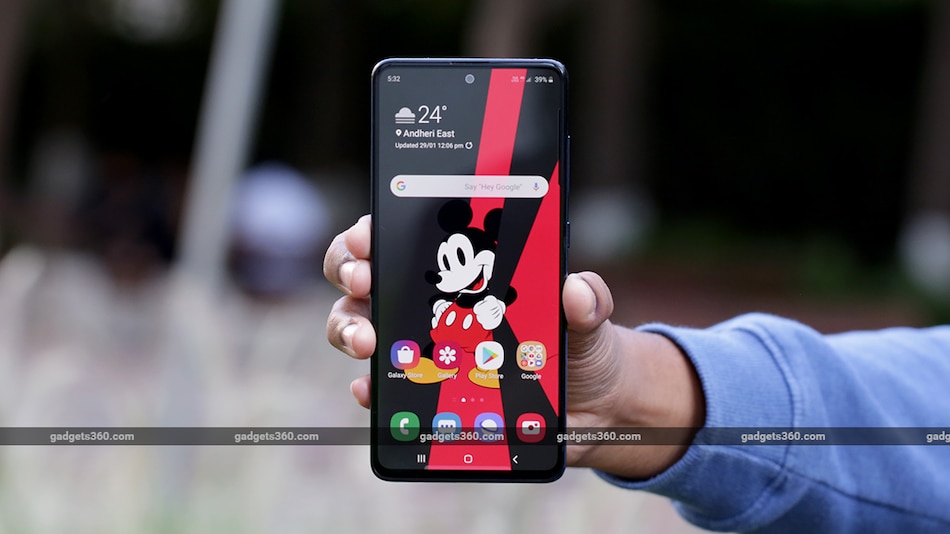 Samsung Galaxy A51 is reportedly getting the update in India

Samsung Galaxy A51 and Galaxy A31 have reportedly started receiving the October 2021 Android security patch. The update is said to have stability improvements and bug fixes. Eligible Samsung Galaxy A51 smartphones in some Asian markets including India are receiving the update now, while the update for Galaxy A31 is said to be rolling out in a few Latin American regions. Samsung launched the Galaxy A51 in January 2020 with Android 10 and the phone subsequently received Android 11 in March this year. Galaxy A31 was launched in India in June 2020 with Android 10-based One UI 2.1.

Samsung Galaxy A51 and Galaxy A31 update changelog

As reported by SamMobile, the update for Samsung Galaxy A51 comes with firmware version A515FXXU5EUJ2 and brings the October 2021 Android security patch to handsets in India, Nepal, Russia, and Sri Lanka. The firmware version of the latest security update for Samsung Galaxy A31 is reportedly A315GDXS1CUJ4 and it brings along the October 2021 security patch. The update is said to be currently rolling out for Galaxy A31 devices in Argentina, Brazil, Chile, Colombia, Dominican Republic, Ecuador, Guatemala, Mexico, Panama, Paraguay, Peru, and Uruguay.

The update for the two Samsung Galaxy-A series phones are said to fix more than 60 privacy- and security-related vulnerabilities apart from the general bug fixes and stability improvements.

The latest update will arrive automatically to the devices in the above-mentioned regions. Samsung Galaxy A51 and Galaxy A31 users can also manually check for the update by heading to Settings > Software update > Download and install. Users are advised to update their phones while they are connected to a strong Wi-Fi network and put on charging.

Launched in January 2020, the Samsung Galaxy A51 sports a 6.5-inch Super AMOLED full-HD+ (1,080x2,400 pixels) Infinity-O Display with a 20:9 aspect ratio and in-display fingerprint sensor. It packs an Exynos 9611 SoC paired with 6GB of RAM. The Samsung Galaxy A51 features 128GB of internal storage that can be expanded up to 512GB via a microSD card. The handset offers a quad rear camera setup and is equipped with a 4,500mAh battery with 25W fast charging support.

As mentioned, the Samsung Galaxy A31 was launched in India in June 2020 with features including a 6.4-inch full-HD+ Infinity-U Super AMOLED Display, a MediaTek Helio P65 SoC coupled with 6GB of RAM, and a quad rear camera setup. The handset offers 128GB of onboard storage that can be expanded to 512GB using a microSD card. It packs a 5,000mAh battery with 15W fast charging support.