Samsung Galaxy S10 Lite is reportedly receiving the update in Spain and parts of Europe first. 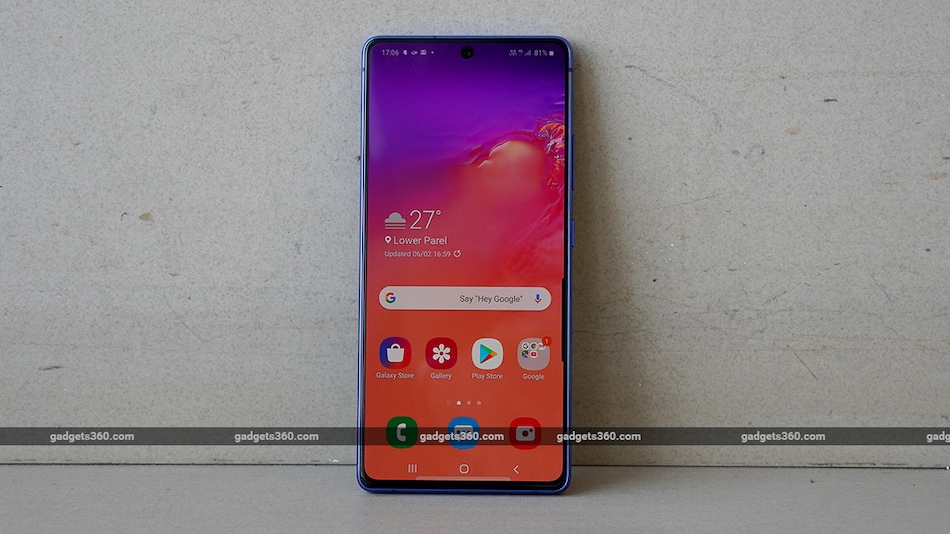 Samsung Galaxy S10 is powered by the Snapdragon 855 SoC, paired with 8GB of RAM

SamMobile first reported that Samsung is updating Galaxy S10 Lite to April 2021 Android security patch, less than a month after it updated the smartphone to Android 11-based One UI 3.1. The report states that the update is rolling out for users of the smartphone in Spain and possibly other parts of Europe. There, however, has been no confirmation regarding the plans to roll out to other regions. The update comes with firmware version G770FXXS4EUC1.

Samsung launched Galaxy S10 Lite in January 2020 with Android 10-based One UI 2.0 out-of-the-box. It features a 6.7-inch full-HD+ Super AMOLED Plus display with an Infinity-O hole-punch design for the selfie camera. Under the hood, it is powered by the Snapdragon 855 SoC, paired with 8GB of RAM and 128GB of internal storage that can be expanded to 1TB with a microSD card. For photography, it has a triple rear camera setup, headlined by a 48-megapixel primary sensor. It also sports a 32-megapixel sensor for the selfie camera. It packs a 4,500mAh battery that supports 25W fast charging.