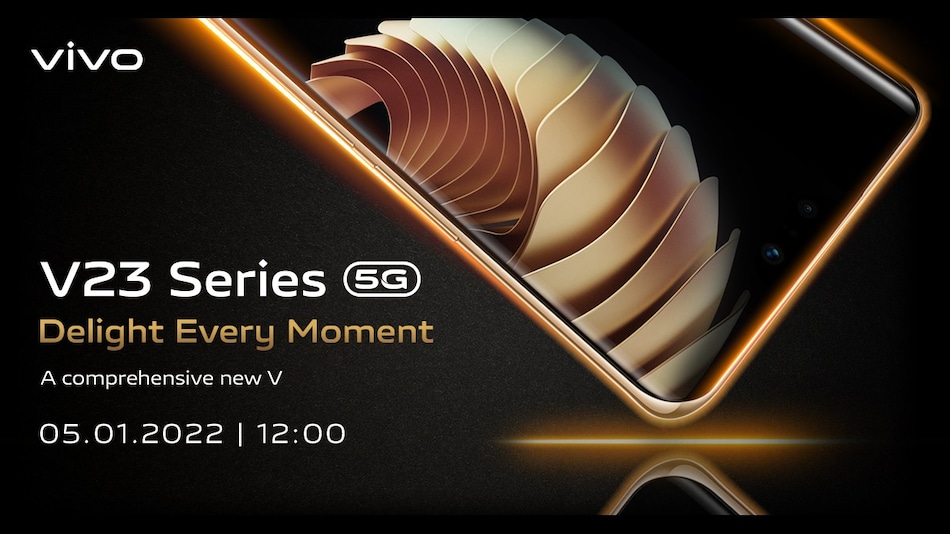 As per the tweet, Vivo V23 5G series has been scheduled to launch on January 5 at 12pm IST (noon). Another tweet shows that the upcoming Vivo smartphone will get a colour changing back panel. The 5G-enabled handset has been touted as "India's first colour changing smartphone." In the tweet, the phone is shown changing colours from Gold to Green as the light changes.

Celebrate every moment with the beauty of change. Presenting India's first colour changing smartphone that compliments your every look perfectly. ​

As mentioned earlier, Vivo hasn't explicitly mentioned which smartphones it will launch in January. But the microsite mentions both smartphones — Vivo V23 5G and Vivo V23 Pro 5G — will be available in the country.

The microsite reveals some key specifications of the Vivo V23 5G series. It mentions that the upcoming Vivo V23 Pro 5G will sport an ultra-slim 3D curved display. The vanilla Vivo V23 5G will come with with a metal flat frame that is reminiscent of iPhone 13 models. Furthermore, the microsite also mentions that the smartphones will be powered by the MediaTek Dimensity 1200 5G SoC. The processor will be paired with 8GB of RAM and will feature 4GB of extended RAM.

The Chinese brand mentioned on the microsite that the colour changing capability is limited to the Sunshine Gold colour option for Vivo V23 5G and Vivo V23 Pro 5G.