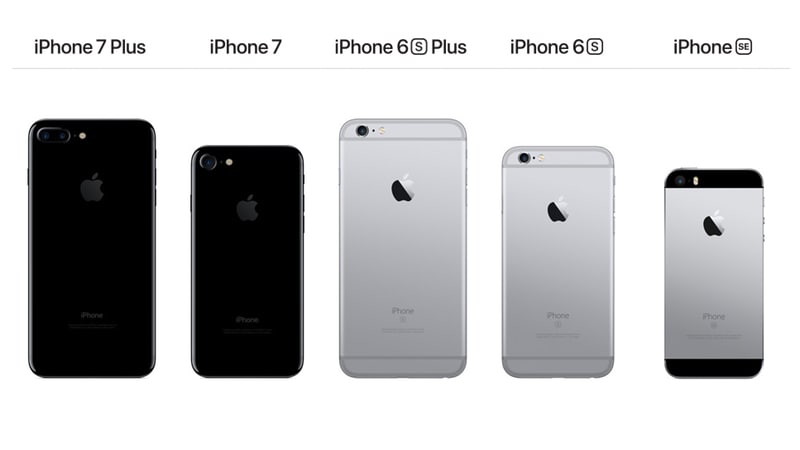 The iPhone 5s was released in September 2013. It was followed by the iPhone 6 in 2014, the iPhone 6s in 2015, and then the iPhone 7 last year. It's been three and a half years, but the iPhone 5s is still on sale, and runs the latest software from the company. Its hardware might seem a little a underpowered today, but it's otherwise up to date. What about the Android flagships from the same era - the offerings of the likes of Samsung, HTC, Sony, LG and Motorola? In the same year, we got the Galaxy S4, the HTC One, Xperia Z1, LG G2 and the first Moto X.

Good luck finding any of those to buy today - and also, good luck in case you do get one of them. That's because those phones stopped receiving updates to Android after Android 5.0 Lollipop - incidentally, still the most popular version of Android at this point.

Apple controls both the hardware and software in its phones, and that's what helps it to get the latest updates to older phones as well; on the other hand, the Android ecosystem is fragmented across multiple stakeholders, and this can be a challenge.

Some of the Android flagships we mentioned are powered by the Qualcomm Snapdragon 800, and there's a three-way blame-game between Qualcomm, the manufacturers, and Google, about why phones aren’t getting the Nougat update.

Beyond that though, Android manufacturers don't really have much incentive to support their flagships beyond a short window - Apple releases a couple of phones each year (not counting a few out of step models, such as the iPhone 5c or the more recent iPhone SE) and this year's flagship becomes next year's budget model.

With Android on the other hand, you'll see variants and new models released sometimes just a month or so after the launch of a "flagship" phone. The brands release a whole "family" of products, from low-cost devices up to top end flagships, and supporting last year's phones would start eating into the territory that other devices in the lineup are supposed to occupy.

Samsung, for example, at this moment has 27 active smartphones listed on its official website with sub-series such as the Galaxy On, Galaxy J, Galaxy A, Galaxy C, Galaxy S, and the Galaxy Note series. The remaining brands also aren't far behind. And as a result, the flagships themselves are forgotten rather quickly.

When you have 30 products in your lineup, you're looking at a crazy amount of after-sales complexity, with a huge range of hardware parts and a lot of different logistical challenges to manage. Having so many different parts also slows the update process as there are so many different devices that manufacturers have to support.

Apple’s strategy of keeping its older devices active also helps with better brand recall. It’s hard to remember every product that one Android manufacturer makes (barring exceptions such as OnePlus), but it’s not hard to recall every iPhone out there. That’s why even a 2013 product like the iPhone 5s still is desirable to some people, even though similarly priced Android phones offer far better value for money.

On the other hand, in the Android world, there's a lot more conflict. After the launch of the high-end Galaxy S6 in 2015, the Galaxy A8 followed a few months later with a similar design, watered-down specs and a cheaper price tag of around Rs. 30,000. At this point, last year’s Galaxy S5 was also at around the same price - and obviously Samsung was interested in promoting its new phone.

A wide family of phones means that there's something for everyone. The cheapest Apple products (which are still usable) can never hit the under Rs. 10,000 spot that is within reach of a big chunk of smartphone buyers today. But speaking as a customer, if more smartphone manufacturers would take a cue from Apple and trim their lines, so that buying an Android flagship meant something beyond just about a year, it would be great. And considering that Apple eats the lion's share of profits from smartphones, surely there's a lesson in it for the manufacturers as well?