Can the Coolpad Cool 5 compete with the Redmi 8? 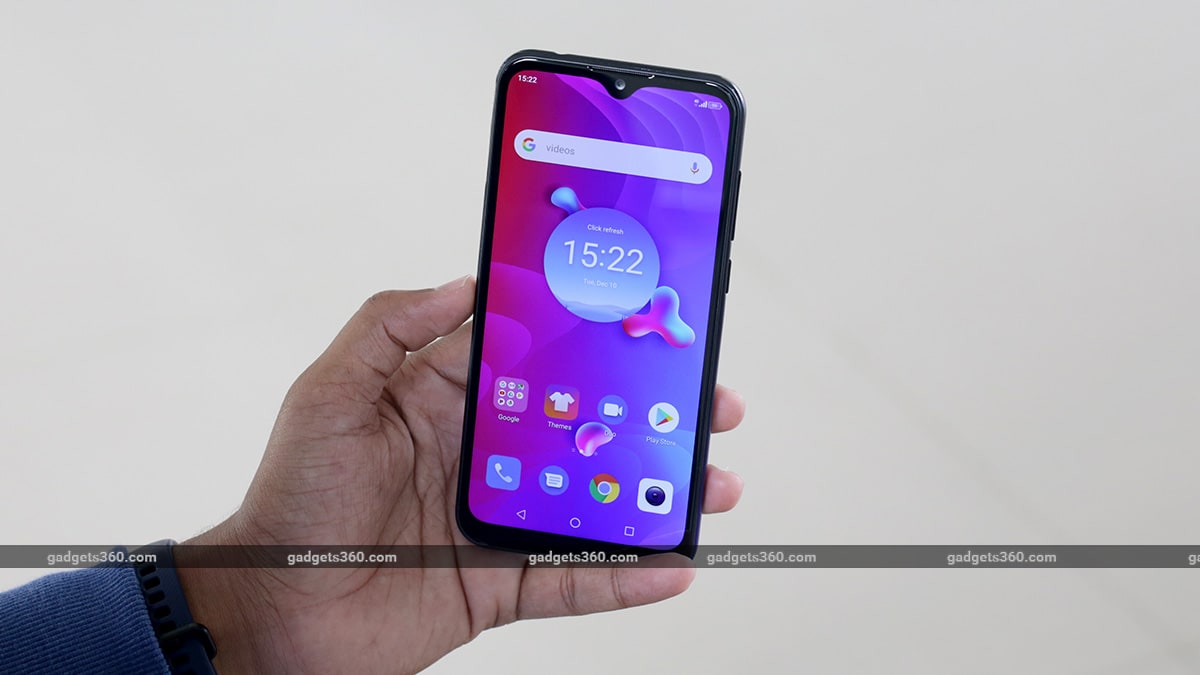 Coolpad launched a pretty interesting budget smartphone called the Cool 5 a couple of months ago. The company's most recent budget offering came in just before Xiaomi launched the Redmi 8 in India, and it offers similar features and specifications at a tempting price. The Coolpad Cool 5 boasts of a decently big battery, a USB Type-C port, and dual rear cameras, all of which should appeal to buyers with tight budgets.

With a current market price of Rs. 7,499, should this be your next budget pick? Let's find out.

On similar lines as the Coolpad Cool 3 Plus (Review), which we tested back in August, the Coolpad Cool 5 doesn't have the best aesthetics. The marketing pictures on the company's website makes this phone look like it has super-slim bezels around the display and no chin whatsoever, but reality cannot be Photoshopped. Instead, the Cool 5 has visibly thick borders around the display, a prominent notch, and a fat chin at the bottom. It's quite chunky at 8.2mm in thickness, but not very heavy at just 145g. The glossy plastic body attracts a lot of fingerprints and smudges very easily.

There's a hybrid dual-SIM tray on the left, which can accommodate two Nano-SIMs or a single SIM and a microSD card for expanding storage. You get a headphone jack on the top and a USB Type-C port at the bottom. The volume and power buttons are placed on the right, and have good feedback. Overall, the phone is comfortable to hold, and despite the glossy sides, we didn't find it to be very slippery. We had the Gradient Blue version, but it is available in other trims too.

The dual camera module protrudes only slightly at the back, which is nice to see. The capacitive fingerprint sensor works well, but this phone is a little slow at waking up after you are successfully authenticated. The Cool 5 also supports face recognition, which worked well for us in good ambient lighting, but also isn't the quickest.

The Coolpad Cool 5 has a 6.22-inch HD+ display. Colours aren't very vivid but viewing angles are decent. We found the display to be adequately bright when using it outdoors.

In the box, the Coolpad Cool 5 ships with a silicone case, a SIM eject tool, a Type-C cable, a screen guard, and a wall charger. Overall, the phone has decent enough build quality, and we're happy to see a Type-C port on such a low-cost phone.

The Coolpad Cool 5 uses the MediaTek Helio P22 octa-core SoC, which is an entry-level chip seen in phones such as the Realme C2 (Review). The Cool 5 is only sold in one configuration in India — with 4GB of RAM and 64GB of storage. Connectivity options include Wi-Fi 802.11b/g/n, Bluetooth, dual 4G VoLTE, USB-OTG, and GPS. There's an accelerometer and a Hall sensor, but sadly the Cool 5 is missing something as basic as a compass, which means that Google Maps won't show you the direction you're facing. It's also missing a gyroscope.

Coolpad uses a custom version of Android 9 Pie, which hasn't changed much since we reviewed the Cool 3 Plus a few months ago. The device also had the dated July 2019 Android security patch. The single-layered UI has elements of stock Android along with some customisations such as a Themes app. You get a few preinstalled third-party apps too but these can be uninstalled.

Even though it's fairly easy to navigate the OS, we're not big fans of a few design choices. For instance, uninstalling any app is a multi-step process involving a long-press of the icon, going into ‘App Info', and then tapping the 'uninstall' button.

With general usage, the Coolpad Cool 5 held up quite well for a low-cost phone. Navigating Android was a relatively smooth affair, and multitasking was generally responsive. Due to the weak SoC though, apps still took a little long to load and heavier games struggled to deliver smooth framerates. Even in PUBG Mobile Lite, gameplay wasn't the smoothest. This was reflected in benchmarks too. In AnTuTu, the Cool 5 returned 83,681 points while the GFXbench T-Rex test managed 25fps. The Qualcomm Snapdragon 439 in the Redmi 8 (Review) returned slightly better numbers such as 35fps in the latter test, for comparison.

The Cool 5 does an average job with multimedia playback. The speaker sounded tinny and one-sided, and the lack of punchiness in the display's colours made for a somewhat underwhelming experience when watching videos. The phone can also be a little sluggish when it comes to adjusting the screen's brightness based on changing ambient light.

The Cool 5 packs in a 4,000mAh battery, which offers enough runtime to get you through one day, but not much else. With medium to heavy use, which typically involved a bit of gaming, social media and camera usage, we still had to charge the phone before we went to bed. In our HD video battery loop test, the Cool 5 ran for a little over 12 hours.

Charging wasn't very quick either due to the lack of fast charging support. We were able to get the battery up from zero to 27 percent in half an hour, and up to 53 percent in an hour. To fully charge it, it took nearly three hours.

The Cool 5 has a 13-megapixel primary rear camera with a 2-megapixel depth camera, and a 16-megapixel camera on the front. The main sensor has a very narrow f/2.8 aperture, which is not good at all for low-light photography. The camera app has a decent set of features, including all the basic shooting modes, and even a Pro mode. The Face Cute mode lets you add AR stickers to your face (when using the selfie camera), or any other person you're taking photos of.

The camera takes a while to focus, and in low-light it takes a few tries before locking focus successfully. There's also no indication of HDR kicking in, or even a manual toggle to force it, due to which most backlit scenes had overexposed areas.

Even under good light, the main rear camera produced poor results. Details were weak, colours looked completely off, and the dynamic range was poor. Close-up shots did come out slightly better but we really had to be patient while the camera focused and shots were saved. Portrait mode lets you adjust the level of blur, but image quality itself was very weak. We found the edge detection to be quite inaccurate too, and many objects which should have been blurred often weren't.

In low light, details were even weaker. There was lots of visible noise in photos, the focusing speed dipped greatly, and images just looked plain bad. Video recording tops out at 1080p, but even under good light, video quality was well below average. Continuous autofocus was also slow. Selfies shot with the Cool 5 weren't very pleasing either. Even under good light, skin tones were off, colours looked unnatural, and Portrait mode was more of a miss than a hit.

Overall, the cameras on the Cool 5 are very disappointing and you wouldn't want to use this phone even for basic social media posts.

The Coolpad Cool 5 looked like a good contender on paper, but in reality, it was quite disappointing. At around this same price, the Redmi 8 (Review) or even the Realme 3i (Review) would be better options to buy. The Type-C port and compact size are probably this phone's only redeeming points, but it falls short in pretty much every other area. Battery life is just average, the cameras are very disappointing, and the overall performance of the Helio P22 is not great.

We'd suggest giving the Coolpad Cool 5 a miss in favour of the Realme 3i or the Redmi 8.