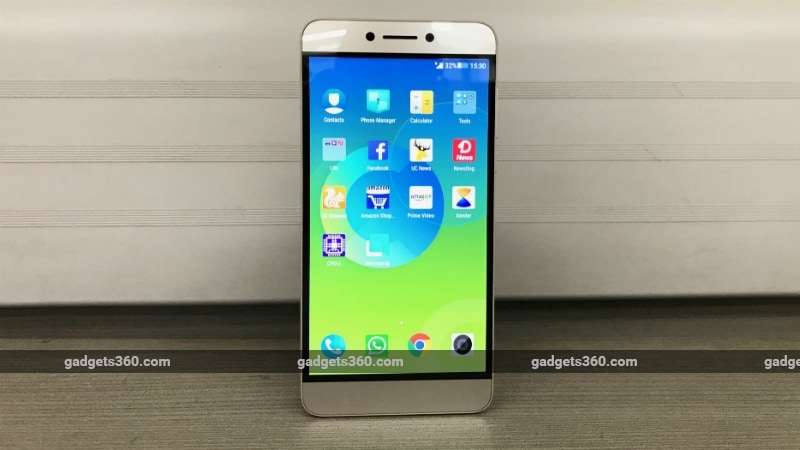 Chinese brand Coolpad has announced its Cool Play 6 smartphone for the Indian market, with September 4 as the release date. The company says it is pushing the boundaries of the affordable smartphone segment with the Cool Play 6 and its 6GB of RAM, and expects the competition to follow suit. Whether that will happen anytime soon is anybody’s guess, but a phone with 6GB of system memory is sure to create a buzz in the market. Thankfully, on paper at least, the device is no slouch in other departments either. It boasts of features such as a metal unibody, a large screen, dual cameras on the back, and a big battery, among others. We spent some time with the new Coolpad phone over the past few days, and here are our first impressions.

The first thing you will notice about the Cool Play 6 is that it looks quite similar to a lot of other phones from Chinese companies. Influences of the LeEco Le Max 2 are apparent, though the edges on the back are more curved. Holding this phone with one hand doesn’t feel too cumbersome despite its rather large body. In fact, when holding the phone with our right hand, our thumb rested directly on the power button, and the fingerprint sensor on the back was also easily reachable. While the screen's side borders are narrow, the ones below and above it are still huge, which is something off-trend considering that everyone is moving to smaller bezels nowadays.

The Cool Play 6 has a 5.5-inch display with full-HD (1080x1920 pixel) resolution, which is a pretty standard configuration at this price. The panel offers vibrant colours that sometimes feel a little oversaturated, and both text and images are legible under direct sunlight.

For software, there’s the company’s new Journey UI, based on Android 7.1.1 Nougat. Coolpad has promised an update to Android 8.0 Oreo by the end of this year. The new Journey UI felt light to us at first, but we noticed a bit of lag creep up on us after using the phone casually for a while. There are some preloaded apps, such as UC Browser, Facebook, Amazon Shopping etc., which you cannot delete.

Under the hood, you will find a octa-core Snapdragon 653 SoC (four 1.95GHz cores and four 1.4GHz cores), 6GB of RAM, and 64GB of storage. You can use a microSD card for more storage, but at the cost of a second SIM due to the hybrid dual-SIM slots. 4G and VoLTE are supported. The battery capacity of the handset is rated at 4000mAh (not 4060mAh like the version sold in China), and Coolpad says it will deliver the performance of a 4500mAh battery due to software optimisations.

Coming to the big highlight of the Cool Play 6, the cameras on the back feature two 13-megapixel sensors (RGB + monochrome) with f/2.0 apertures. The Camera app features the standard modes and lets you take stills and videos with a variety of effects (Mono, Slo-Mo, Long Exposure). Its main feature is the SLR mode in which you can achieve depth-of-field effects. In the time we spent with this phone, we were able to use the camera quite a bit. The bokeh effect that the Cool Play 6 generates seems to a work in progress, and is applied a little inconsistently – sometimes images will showcase the details of the object in focus, but at other times the object is blurred along with its surroundings.

Priced at Rs. 14,999, this phone goes up against the Xiaomi Redmi Note 4 which currently dominates this segment. Stay tuned to Gadgets 360 for the full Cool Play 6 review, in which we will discuss the phone’s performance, cameras and battery life in great detail, to see if it comes out a winner.

Disclosure: Coolpad sponsored the correspondent's flights and hotel in Dubai for the Cool Play 6 launch event.

Snapchat Set to Overtake Facebook This Year in the US: eMarketer
Call of Duty: World War 2 Private Beta - All You Need to Know