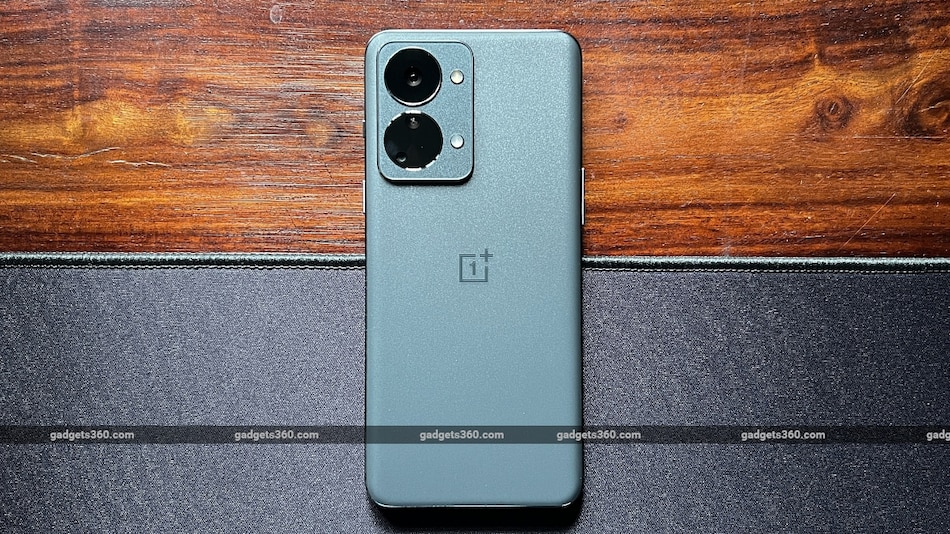 The OnePlus Nord 2 (Review) was a big upgrade over its predecessor, the original Nord (Review). Some of the big changes included a switch to a MediaTek SoC from Qualcomm, an OIS-enabled main camera, and 65W charging, all of which were very notable improvements over the original. The new OnePlus Nord 2T 5G is a refresh of the Nord 2 and is the first Nord smartphone to receive the 'T' branding.

OnePlus seems to have sprinkled a few upgrades in the new phone which doesn't really change the game in any way, but may offer qualitative improvements in performance. I had a chance to use the Nord 2T 5G for a while and here are my first impressions.

The OnePlus Nord 2T 5G being a ‘T' model has not been given a complete design overhaul but it gets a matte-finished AG glass back panel and Corning Gorilla Glass 5 over the display. It feels quite premium, but the mid-frame with rounded corners is made from polycarbonate. The phone should appear and feel very familiar to a OnePlus Nord 2 owner, save for the rear camera layout which has changed a bit.

There's now two circular cutouts inside the raised camera module, one of which houses the 50-megapixel primary camera with the Sony IMX766 sensor. The second cutout houses the 8-megapixel ultra-wide-angle camera and a 2-megapixel monochrome camera, which according to OnePlus, assists in Portrait mode. This brings the number of usable cameras down to just two, which is the same as last year's Nord 2. Selfies are handled by the same 32-megapixel front-facing camera.

Unlike the OnePlus 10R Endurance Edition (Review), the Nord 2T 5G retains the iconic Alert slider on the right side. All the buttons are placed where they should be and are well within reach. Because of the phone's relatively compact footprint, I found one-handed use to be comfortable.

The size of the display on the OnePlus Nord 2T 5G is still the same as the Nord 2, which is 6.43 inches. It's an AMOLED panel and offers a 90Hz refresh rate, just like before. The optical fingerprint reader is embedded in the display and it works well. The display also has an HDR10+ certification and the phone has stereo speakers, which should be good for watching videos.

Other than the design, the second big change in the OnePlus Nord 2T 5G is the processor. OnePlus has used a MediaTek Dimensity 1300 SoC which is said to bring some performance and imaging improvements. While the capacity of the battery is still the same 4,500mAh, OnePlus has included quicker 80W charging and thankfully, provides the compatible charger in the box. The company claims it's now possible to charge the phone from 0-100 percent in just 27 minutes.

The software experience remains OnePlus's biggest selling point. The OnePlus Nord 2T 5G runs OxygenOS 12.1 which is based on Android 12. During my initial use, the interface ran smoothly without any hiccups. There's not much bloatware preinstalled either other than Netflix the app.

With just minor upgrades, the OnePlus Nord 2T 5G really won't appeal to those who already own a Nord 2 but could pose as a good value offering to those looking for a mid-range smartphone with the OnePlus software treatment. It appears that OnePlus has held back quite on the upgrades its given the Nord 2T 5G, probably to keep the prices low but its also possible that its saving the big changes for the Nord 3.

As for the competition, Realme's 9 Pro+ 5G (Review) offers the same Sony IMX766 primary camera for a lot less, while iQoo's Neo 6 5G (Review) gets you a 120Hz display, a more powerful Qualcomm Snapdragon 870 SoC and 80W fast charging at a similar price. It will be interesting to see where the OnePlus Nord 2T 5G stands compared to its peers. Stay tuned for the full review coming soon only on Gadgets 360.