On this week’s Orbital podcast, we discuss the iPad (2022) and how it fares against the competition. 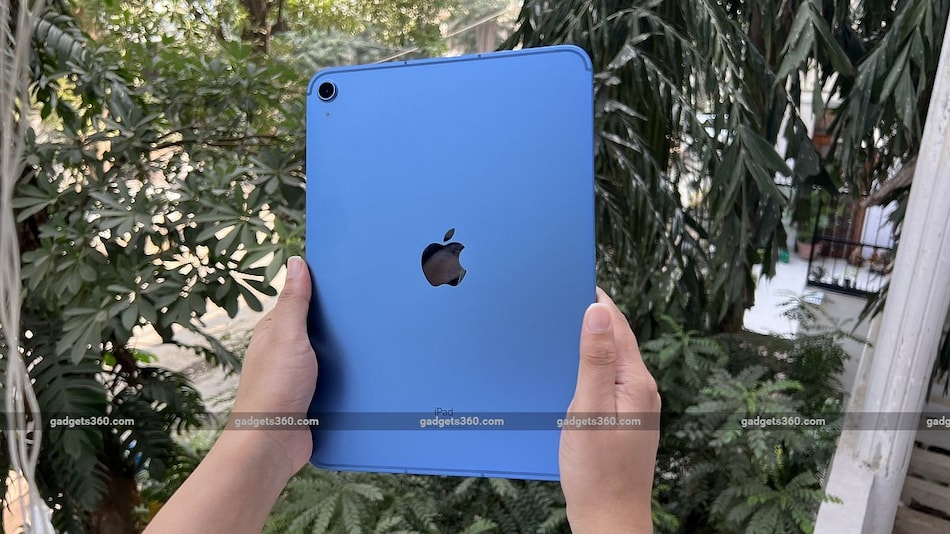 iPad (2022) was launched in India last month, as the first entry-level iPad in years to feature a redesigned chassis. It is also the first base iPad model to feature a USB Type-C port. The new, redesigned 10th generation iPad is powered by the company's A14 Bionic SoC. which made its debut on the iPhone 12 series, and gives it a considerable performance boost over its predecessor. However, it is also a lot more expensive compared to the 9th generation iPad, so should you consider it instead of the older iPad (2021) model?

On this week's episode of Gadgets 360 podcast Orbital, host Akhil Arora talks to Reviewer Pranav Hegde and Senior Reviewer Sheldon Pinto about Apple's latest base iPad model and how it stacks up against the competition.

The first entry-level iPad model in years to feature a major redesign to the chassis, the iPad (2022) is also a step up above the iPad (2021) in terms of hardware and price, Pranav says. It's the most confusing product in Apple's lineup, he says, since you can't really call it an entry-level iPad, he adds. Apple still sells the iPad (2021), but it now costs more than it did a month ago.

While the iPad (2022) is quite expensive compared to its predecessor, you also get a few hardware improvements. For starters, the front-facing camera is now located along the side of the display when you are holding it vertically. This means that if you use your iPad for video calls in landscape mode, you will be looking directly at the camera instead of to one side, like the older models.

Meanwhile, Apple has also swapped its Lightning port for a USB Type-C port on the latest iPad model. The iPad Pro and iPad Air have already transitioned to USB Type-C ports, which offer much faster data transfers compared to Apple's proprietary Lightning connector. However, you will now need a Lightning to USB Type-C adapter to connect your first-generation Apple Pencil to the iPad (2022). While it might sound like a bother, Pranav explains why this is the case.

You get a bigger display on the iPad (2022), but it's still an LCD with 500 nits of peak brightness. Visibility while watching dark scenes in OTT apps is not the best, and you might struggle to notice details in the dark, he says. It should still be fine if you want to watch content on the go, or when there's enough lighting, he says. Sheldon says that if someone is looking for a tablet solely for entertainment purposes, they might want to consider an Android tablet.

While you won't get the new Stage Manager feature found on the iPad models with M-series processors, you can still take advantage of split screen functionality, which is also available on competing Android tablets. Pranav says that the new iPad can juggle eight apps including two games, without any issues, and switching across apps lets you continue exactly where you left off.

When it comes to accessories, Pranav says that the Magic Keyboard works like a charm. The iPad's keyboard accessory is almost as good as the keyboard found on the M1 MacBook models. He says that he used the 2017 MacBook Pro model (with the Butterfly keys that were known to attract dust and dirt) and the M1 MacBook Air, and he says that the Magic Keyboard sits somewhere between the two in terms of performance.

The new iPad lasts for about two days with regular use, according to Pranav. Using a SIM on the Cellular variant will result in additional battery drain, of course, so users who plan to use the tablet on the Wi-Fi model may see better battery life. You can also expect to see many years of software support on Apple's latest iPad model, which runs on iPadOS 16 out-of-the-box.

Should you consider alternatives from competitors running on Android? Sheldon says that it should boil down to your use case, and if you're just going to consume video on your iPad, you might as well buy an Android tablet. You can consider the Lenovo Tab P11 Pro, which sports an AMOLED display. It runs on Android 13, and it comes with a proximity mode. However, you won't have access to many apps optimised for tablets, unlike apps that are designed specifically for iPadOS.

Featured video of the day
WhatsApp Communities : What Is It and How Is It Different From Whatsapp Groups?