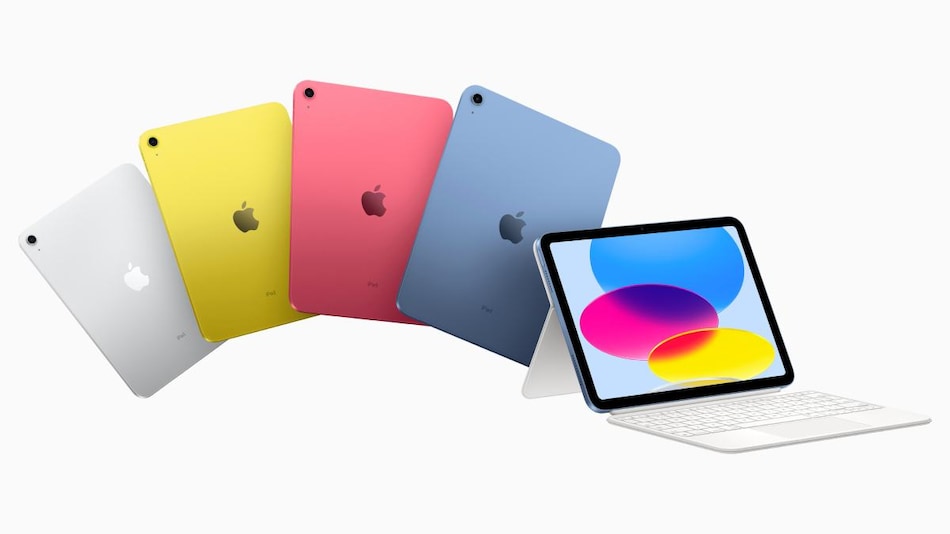 Apple has released a completely redesigned base model iPad, with a 10.9-inch display and no home button, allowing for evenly narrow borders. The new iPad matches the current iPad Air and iPad mini with flat sides, and will be available in four colours: Silver, Blue, Yellow, and Pink. The Touch ID sensor has been moved to the power button on the top. The new model, which will be the 10th generation iPad, is based on Apple's A14 Bionic SoC, a USB Type-C port, and its front camera placed in landscape orientation for the first time. It still works with the first-gen Apple Pencil, and a Lightning adapter will be included with all units.

The first-generation Apple Pencil costs Rs. 9,500 in India, and the USB Type-C adapter on its own will cost Rs. 900. Apple also sells a variety of accessories including its Magic Keyboard Folio and Smart Folio.

The Apple A14 Bionic SoC is said to allow the new iPad (2022) to offer 20 percent better performance and 10 percent better graphics than the previous model. Apple also claims 5X better performance than today's best-selling MediaTek Android tablet, though no specific model is named. The new iPad is aimed at users who want a tablet for productivity, education, communication, and entertainment.

The new 10.9-inch Liquid Retina display has a 1640x2360 pixel resolution and is capable of 500 nits of brightness. The front-facing camera is now on top when holding the new iPad in landscape, and it has a 12-megapixel sensor and a 122-degree field of view with support for Center Stage automatic reframing depending on how many people are in front of it and in what positions. The rear 12-megapixel camera has been updated to support 4K video recording and 120fps slow-motion video. You also get stereo speakers, positioned to work optimally in landscape orientation.

A long-expected move to USB Type-C for connectivity means faster wired file transfers and faster charging, plus broad compatibility with accessories. The iPad (2022) also gets Wi-Fi 6 and optional 5G with the cellular-enabled variants.