ESA's MARSIS Gets Software Upgrade 19 Years After Its Launch, Mars Exploration Said to Get More Efficient

The Mars Express was ESA’s first mission to Mars, launched on June 2, 2003. 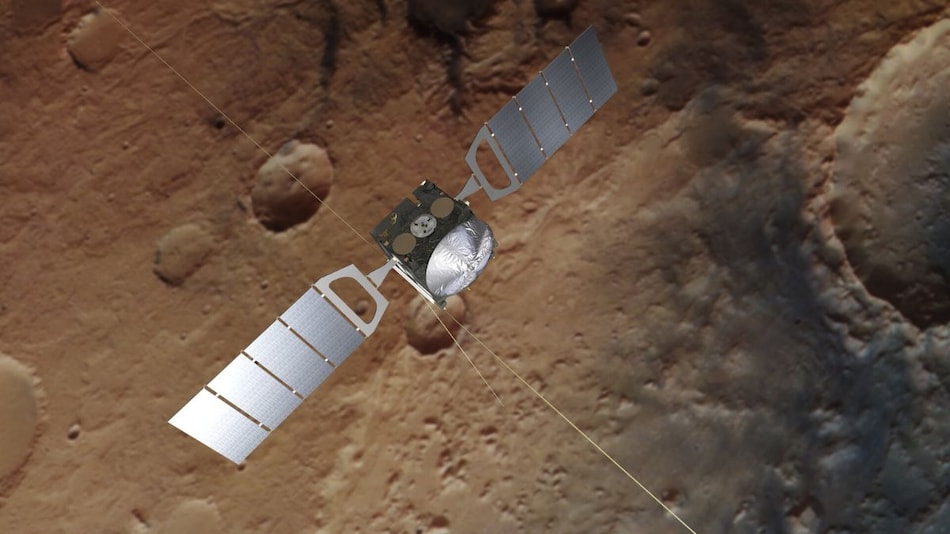 The Mars Advanced Radar for Subsurface and Ionospheric Sounding (MARSIS) instrument on the European Space Agency's (ESA) Mars Express spacecraft is set to get a major software upgrade that will boost its capabilities. The Mars Express was ESA's first mission to Mars, launched on June 2, 2003 and it ran Windows 98. It has been equipped with the MARSIS instrument that had discovered signs of liquid water on the Red Planet. Operated by the Istituto Nazionale di Astrofisica (INAF), Italy, the MARSIS sends low-frequency radio waves toward the planet using a 40-metre-long antenna. While most of these waves get reflected back from the surface of Mars, some manage to penetrate and get reflected from the boundaries between layers and of different materials such as rocks, water and ice.

The reflected signals are then studied by scientists who are able to map the structure of the planet beneath the surface using them. It enables them to study thickness, composition and other properties of materials that are present at a depth of a few kilometres under the planet's surface.

Now, scientists are set to upgrade the software of MARSIS making it more efficient in exploring the planet and its moon Phobos and sending back detailed information.

“After decades of fruitful science and having gained a good understanding of Mars, we wanted to push the instrument's performance beyond some of the limitations required back when the mission began,” said Andrea Cicchetti, MARSIS Deputy PI and Operation Manager at INAF, who led the development of the upgrade.

The upgrade will improve the signal reception and the onboard processing speed of MARSIS so that it can send better quality and an increased amount of data to Earth. Andrea shared that earlier they used a complex technique to study the features of Mars and Phobos. But, it is used to store high-resolution data and eat up the onboard memory of the instrument.

“By discarding data that we don't need, the new software allows us to switch MARSIS on for five times as long and explore a much larger area with each pass,” added Andrea. The new software will allow scientists to better analyze some regions in the south pole of Mars from where they have already seen signs of liquid water through low-resolution data.

“It really is like having a brand new instrument on board Mars Express almost 20 years after launch,” he added.