Jim Kitchen, a professor and entrepreneur, carried the Ukrainian flag with him. 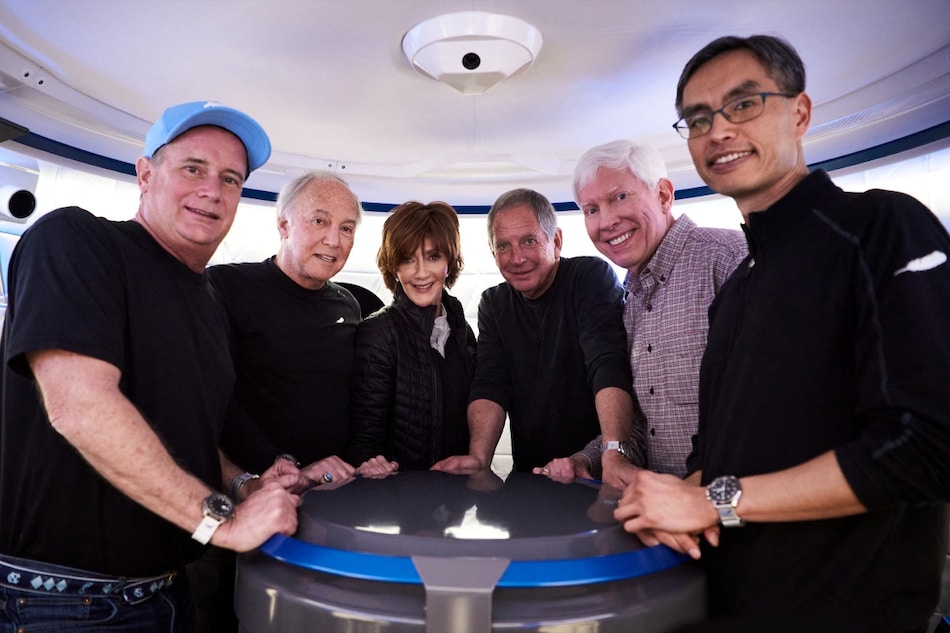 There has been a considerable amount of support for Ukraine in the US amidst its war with Russia, from countries and companies alike. The latest firm to show solidarity with the European nation is billionaire entrepreneur Jeff Bezos' commercial space tourism company Blue Origin. Its latest space flight on Thursday featured the Ukrainian national flag. One of the six crew members of the fourth crewed flight of Blue Origin's New Shepard vehicle to suborbital space carried the flag as a symbol of support to the Ukrainian people battling the Russian invasion on February 24.

The vehicle lifted off from a West Texas launch site at 5:58pm IST last evening, carrying six people to suborbital space. About 10 minutes later, the crew returned to Earth after spending a few minutes in zero gravity and seeing the wonderful view of the Earth from up above.

Jim Kitchen, a professor and entrepreneur, was one of the passengers aboard the Blue Origin flight. He carried the Ukrainian flag with him. Blue Origin said Kitchen is also a “world explorer who has visited all 193 UN-recognised countries''.

Views of a borderless Earth from space #NS20 pic.twitter.com/0FIHvvMs69

“So in my passport, I brought both the Ukrainian and American flags, and I released them, just paying my respects to the situation that's occurring there now and just to let them know that our hearts collectively are with them," Kitchen told Space.com during a media call after the flight.

He also said that the Earth looks like a single entity without borders from up above. He said he carried the Ukrainian flag with him to space to show that the crew members were “mindful” of the events going on around them.

"We're governed by different leadership structures and different governments and different borders, but we're all just human. And so I just wanted to express some humanity on this flight, and let them know that we were mindful of what's occurring around us," he added.

Thursday's mission was dubbed NS-20 as it was the 20th spaceflight for the New Shepard vehicle, which consists of a rocket and a capsule, both of which are reusable.