Elon Musk tweeted a series of dashes for a missing word followed by 'is the Night'. 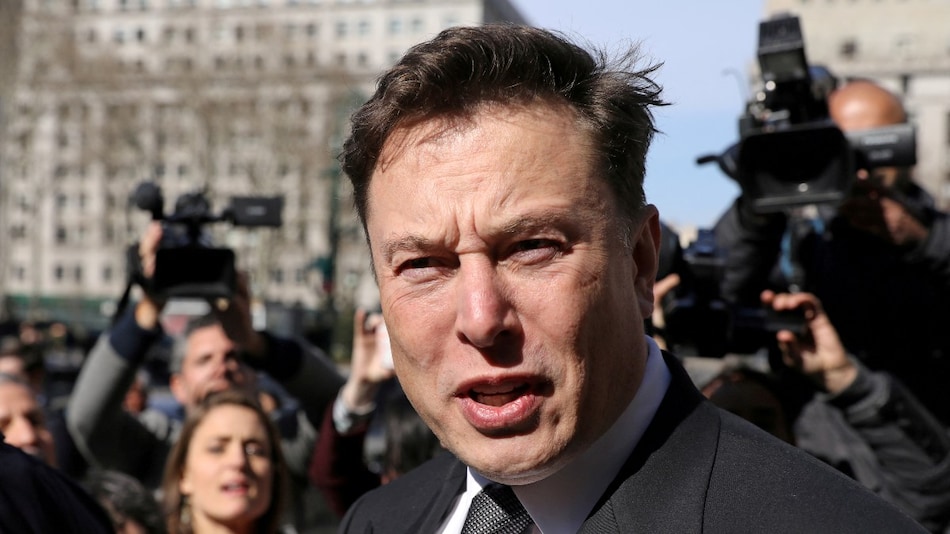 Billionaire entrepreneur Elon Musk tweeted a series of dashes for a missing word followed by "is the Night", days after he offered to buy Twitter Inc for $43 billion (roughly Rs. 3,28,534 crore).

The offer from Musk, who has hinted at the possibility of a hostile bid, has prompted the social media company to adopt a "poison pill" to protect itself.

Musk, who is also the chief executive of electric-vehicle maker Tesla, on Monday tweeted "Love Me Tender", an Elvis Presley song, after Twitter opted for a plan to sell shares at a discount to prevent any attempt by shareholders to amass a stake of more than 15 percent. Musk currently has a 9.1 percent stake.

The billionaire, who is Twitter's second-biggest shareholder, is planning to launch a tender offer in about 10 days and has tapped Morgan Stanley to raise another $10 billion (roughly Rs. 76,435 crore) in debt, according to the report.

Musk may also be willing to borrow against his current stake if necessary, a move that could possibly raise several billion additional dollars, according to the New York Post report.

More private-equity firms have expressed interest in participating in a deal for Twitter, people familiar with the matter told Reuters on Monday without naming the firm.

The interest emerged after Thoma Bravo, a technology-focused private-equity firm, contacted the social media platform last week to explore a buyout that would challenge Musk's offer.

Apollo Global Management Inc is considering ways it can provide financing to any deal and is open to working with Musk or any other bidder, the sources told Reuters.

Many investors, analysts and investment bankers expect Twitter's board to reject Musk's offer in the coming days, saying it is inadequate.