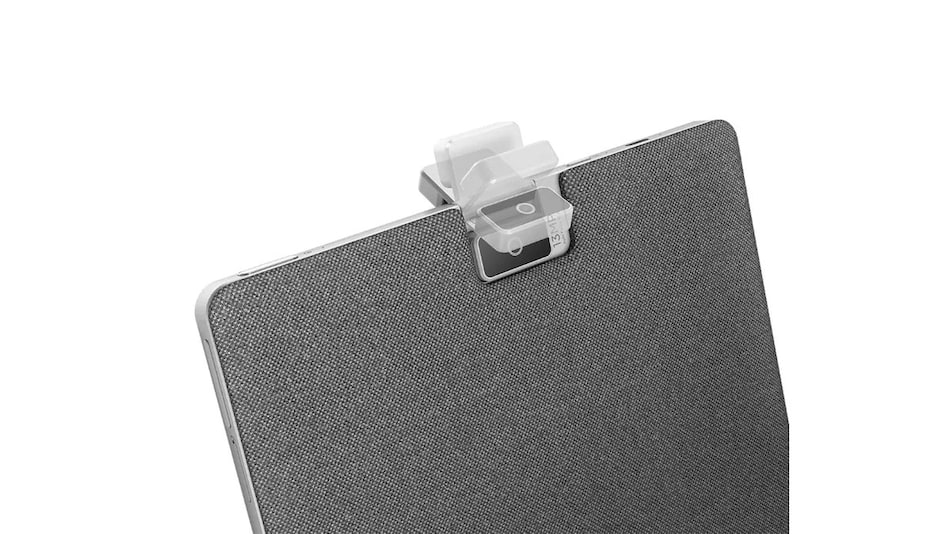 HP 11-inch Tablet PC was announced on Tuesday, September 21. The tablet comes with a detachable keyboard that can be mounted to the screen in both landscape and portrait orientation with the help of magnetic clips on two sides of the display. It also comes with a 13-megapixel camera that can be flipped to use as per the user's convenience. Additionally, HP has also announced a few other products that will also be compatible with Windows 11 when they launch. These products include a laptop, two PCs, and two desktop monitors.

The HP 11-inch Tablet PC comes with an 11-inch (2,160x1,440 pixels) IPS touchscreen with 400 nits of maximum brightness and Corning Gorilla Glass 5 protection. It is powered by an Intel Pentium Silver N6000 quad-core processor with Intel UHD graphics. The processor is paired with 4GB of LPDDR4x RAM and 128GB of M.2 PCIe NVMe SSD.

As mentioned, the tablet PC from HP comes with a 13-megapixel camera that can be rotated- to be used as a selfie camera or a webcam — as per the user's need. The HP 11-inch Tablet PC can be mounted on its keyboard in both landscape and portrait orientations as it gets two magnetic clips. This allows the tablet to leverage Windows 11's Snap Layouts in both display orientations. The device also comes with an optional HP Rechargeable Tilt Pen.

Connectivity options include USB Type-C port, Wi-Fi 6, and Bluetooth v5. The HP 11-inch Tablet PC comes with a 32.2kWhr battery and a 30W power adaptor. It measures 253x177x8mm without the keyboard and weighs 660 grams.

Other devices that HP announced on Tuesday that will be compatible with Windows 11 when they are available include an HP 14-inch Laptop, HP Pavilion All-in-One (AiO) desktop, another HP AiO desktop, HP U32 4K HDR Monitor, and HP M34d WQHD Curved Monitor.

The HP 14-inch Laptop comes with optional 4G LTE connectivity and is powered by Qualcomm Snapdragon 7c Gen 2 Compute Platform. It will come with up to 8GB of LPDDR4 RAM, 128GB of onboard storage, and 15 hours of battery life. The price for the laptop has not been announced. Additionally, HP has also introduced a reversible laptop sleeve that can fit 14-inch and 15-inch devices priced at $19.99 (roughly Rs. 1,500).

HP Pavillion AiO desktop comes in 24-inch and 27-inch display variants. They feature a 5-megapixel pop-up privacy webcam. Both variants get either a full-HD or a quad-HD display and are powered by AMD Ryzen 5000 series processors. The price of the HP Pavillion AiO desktop starts at $799 (roughly Rs. 59,000) and it will be available from October.

The HP AiO desktop comes with either an AMD Ryzen 5000 series or an Intel processor. The desktop also features an integrated Emoji key. It will be priced at $749 (roughly Rs. 55,300). The HP AiO desktop will be available starting October.

Moving on to the monitors, the HP U32 4K HDR monitor gets a 31.5-inch 4K HDR display with 99 percent sRGB and 98 percent DCI-P3 coverage. The HP M34d WQHD Curved Monitor gets a 34-inch diagonal display with integrated speakers. Both monitors come with a USB Type-C port that can handle the data and power requirements when connected to a laptop. The former is priced at $499 (roughly Rs. 36,800) and will be available in October, while the latter is priced at $529.99 (roughly Rs. 39,100) and is available to purchase now via the official website.