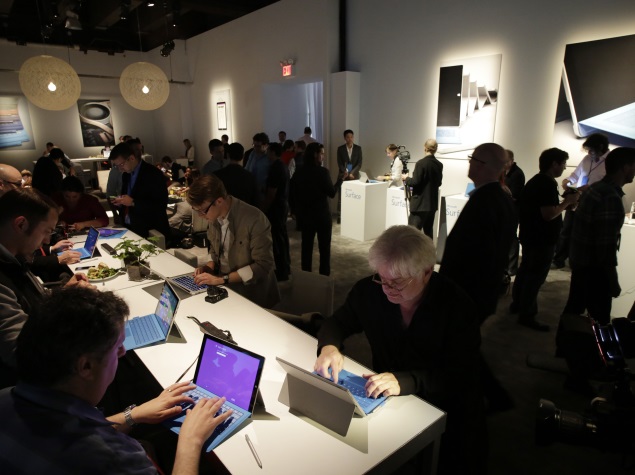 Microsoft bills its new Surface tablet computer as a laptop replacement - and it means it this time.

The Surface Pro 3 will have a screen measuring 12 inches diagonally, up from 10.6 inches in the previous model. The Pro 3 is 32 percent thinner and 12 percent lighter than October's Pro 2. The company said it customized more than 100 parts and worked closely with chipmaker Intel Corp. to maximize performance in a slim device.

Microsoft had also billed the Surface Pro 2 as a laptop replacement, but Surface executive Ben Reed said technological advances and customer feedback over the past several months led to the device unveiled Tuesday.

The Surface Pro 3 will go on sale this summer, in five configurations ranging from $799 to $1,949. Microsoft will start taking orders Wednesday. Older models will still be available. The starting price of the Surface Pro 2 is $100 more, at $899, but it has a faster processor than the Pro 3's starting model.

A keyboard cover to make the tablet feel like a laptop costs $130 more.

The Surface is an important part of Microsoft CEO Satya Nadella's mobile-focused strategy. The company is trying to boost sales of Windows tablets and phones to stay relevant with consumers as computing habits change.

Microsoft executives spent much of an hour-long presentation in New York comparing the Surface with Apple's iPad and MacBook Air laptop and tried to make the case for the Pro 3 to replace both.

In an interview, Reed said he believes people want to lighten their bags by carrying a single Surface instead of separate tablet and laptop computers.

Microsoft also faces competition from Samsung Electronics Co., which has a line of large-size Android tablets aimed at professionals.

The first Surface came out in late 2012 to lackluster sales. The debut of second-generation devices last October came with a greater marketing emphasis on tasks people normally tackle on laptops, such as creating documents and editing movies. 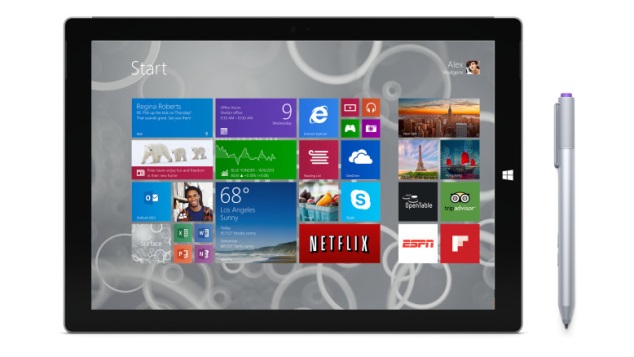 In the January-March period, revenue from Surface devices grew more than 50 percent from the year before to about $500 million. But that figure pales in comparison with Apple's reported $7.6 billion in iPad revenue for the same quarter.

In a research note, analysts Daniel H. Ives and James Moore of FBR Capital Markets said the new Surface is progress for Microsoft, but "we continue to believe Microsoft faces an uphill battle versus the likes of Samsung and Apple." The analysts said Microsoft "has been late to the game on the tablet front, and Surface's impact has been underwhelming thus far."

The Surface line is notable for its built-in kickstand. With the Pro 3, the kickstand can be adjusted to a range of positions, much the way a laptop's screen can be opened at various angles.

The Surface line puts Microsoft in competition with some of its own partners - the makers of tablets and laptops that use Microsoft's Windows operating system. Nadella sought to quell concerns by saying the company's goal was to create demand in new types of products and boost the entire industry.

"We are not building hardware for hardware's sake," Nadella said. "We want to build experiences that bring together all the capabilities of the company."

The vision of the Surface, he said, was to design a product that "takes the best of the tablet and the laptop" and enable people to read, create, write, watch and enjoy.