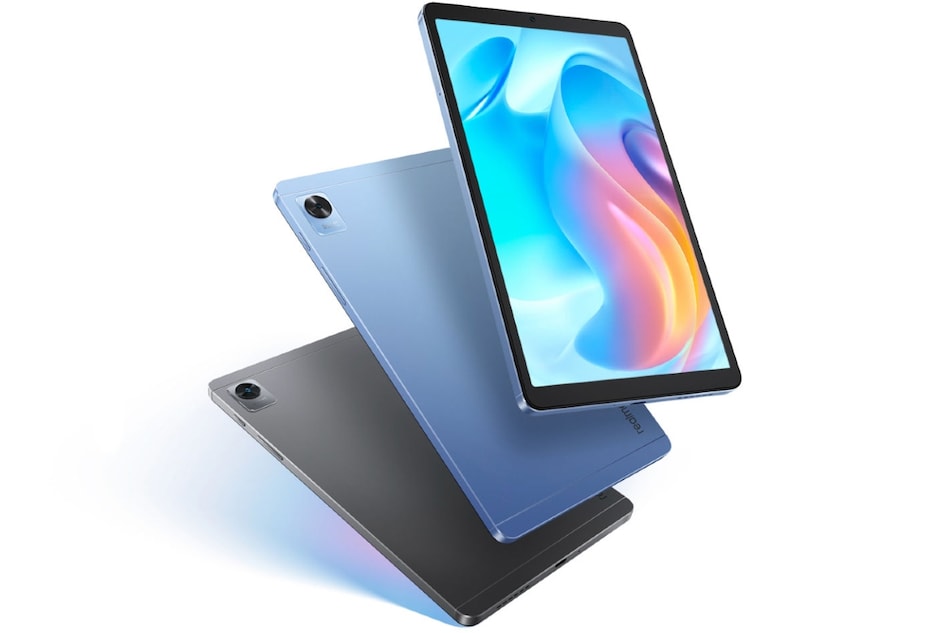 In terms of launch offers, the Realme Pad Mini will be available with an up to Rs. 2,000 discount between May 2–9.

The Realme Buds Q2s, on the other hand, carry a price tag of Rs. 1,999. The earbuds come in Night Black, Paper Green, and Paper White colours and will go on sale through Amazon, Flipkart, Realme.com, and offline retailers from 12pm (noon) on May 2.

Alongside the new earbuds, the Chinese company introduced the Realme Buds Air 3 in a Nitro Blue colour option — to match shade of the Realme GT Neo 3. The earbuds are priced at Rs. 4,999 and will be available for purchase in India through Realme.com from 12pm (noon) on May 4.

The Realme Pad Mini runs Android 11 with the Realme UI for Pad on top and features an 8.7-inch (1,340x800 pixels) display that brings a screen-to-body ratio of 84.59 percent. The LCD panel supports a Sunlight Mode that helps deliver maximum brightness when using the tablet outdoors. The Realme Pad Mini is powered by an octa-core Unisoc T616 SoC, along with Mali-G57 MP1 GPU and up to 4GB RAM.

The Realme Pad Mini tablet comes with up to 64GB of onboard UFS 2.1 storage that supports expansion via microSD card (up to 1TB).

The Realme Pad Mini packs a 6,400mAh battery that supports 18W fast charging. The inbuilt battery is claimed to deliver up to 15.8 hours of video streaming on a single charge. Moreover, the device measures 211.8x124.5x7.6mm and weighs 372 grams.

Realme has provided a dedicated Gaming Mode on the Buds Q2s that is touted to offer a latency rate of 88 milliseconds. The earbuds also include environmental noise cancellation (ENC) for calls.

Similar to other TWS earbuds, the Realme Buds Q2s come with touch controls to let you switch between different tracks, answer or end calls, or activate/ deactivate Gaming Mode by tapping on the earbuds.

The Realme Buds Q2s come with Bluetooth v5.2 support that offers a connectivity range of up to 10 metres. You will also get an IPX4 water resistance on the earbuds that help prevent splash, rain, and sweat.

Realme has bundled the new earbuds with a charging case that carries a transparent space capsule-like design. The case comes with a Micro-USB port for charging.

The Realme Buds Q2s are rated to deliver up to 30 hours of usage when used with the charging case. The bundled case measures 60.35x44.61x32.54mm. It is 39 grams in weight, along with the earbuds. Each earbud, on the other hand, weighs 4.1 grams.