The Snapdragon 870 SoC variant of Realme Pad 5G could feature an 8,360mAh battery. 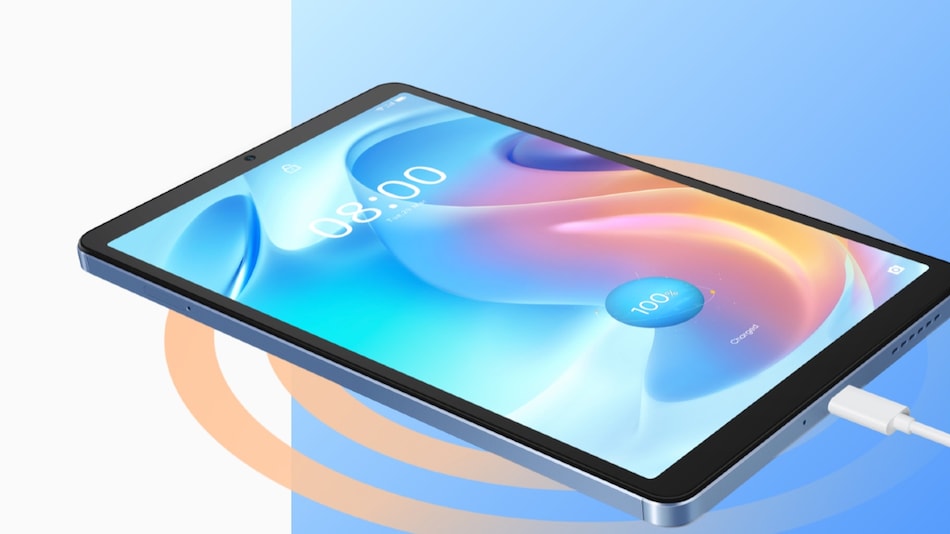 Realme Pad, the Chinese brand's first tablet offering, was launched in India in September last year. Now, the company is reportedly gearing up to launch its next-generation Realme Pad tablet with 5G connectivity. Ahead of the official announcement, key features of the upcoming tablet have leaked online. As per the leak, there will be two variants of the Realme Pad 5G tablet powered by two different Qualcomm chipsets. It is tipped to feature a 2.5K LCD display with a 120Hz refresh rate.

Tipster Digital Chat Station suggested key specifications of Realme Pad 5G on the Chinese microblogging website Weibo. According to the tipster, the anticipated Realme tablet will have a Snapdragon 870 SoC variant and a Snapdragon 8+ Gen 1 SoC variant. The former could feature a 2.5K (2,520x1,680 pixels) LCD display with 120Hz refresh rate. It is expected to offer stylus support and could be backed by an 8,360mAh battery. The Snapdragon 8+ Gen 1 SoC variant of the Realme Pad 5G could be dubbed as Master Explorer edition in China.

The rumoured tablet will succeed Realme Pad and the Realme Pad Mini. However, Realme has not yet made any official announcements regarding the launch of Realme Pad 5G.

To recall, the Realme Pad was launched in India in September last year with a price tag of Rs. 17,999 for the top-of-the-line 4GB RAM + 64GB storage model with Wi-Fi + 4G connectivity. It features a MediaTek Helio G80 SoC, coupled with up to 4GB RAM and up to 64GB of onboard storage. It sports an 8-megapixel front camera and carries a 7,100mAh battery that supports 18W quick charging.

Recently, the Realme Pad Mini was unveiled in India with a starting price tag of Rs. 10,999 for the base Wi-Fi only variant in a 3GB RAM + 32GB storage configuration. It has features including an 8.7-inch display and an 8-megapixel rear camera. The tablet is powered by an octa-core Unisoc T616 SoC, along with Mali-G57 MP1 GPU and up to 4GB RAM. The Realme Pad Mini tablet comes with up to 64GB of onboard UFS 2.1 storage that supports expansion via a microSD card (up to 1TB). It packs a 6,400mAh battery that supports 18W fast charging.