Vivo Pad, Vivo Watch Being Tested in India; May Launch With the Vivo X80 Series: Report

Vivo Pad will be first released in China on April 11. 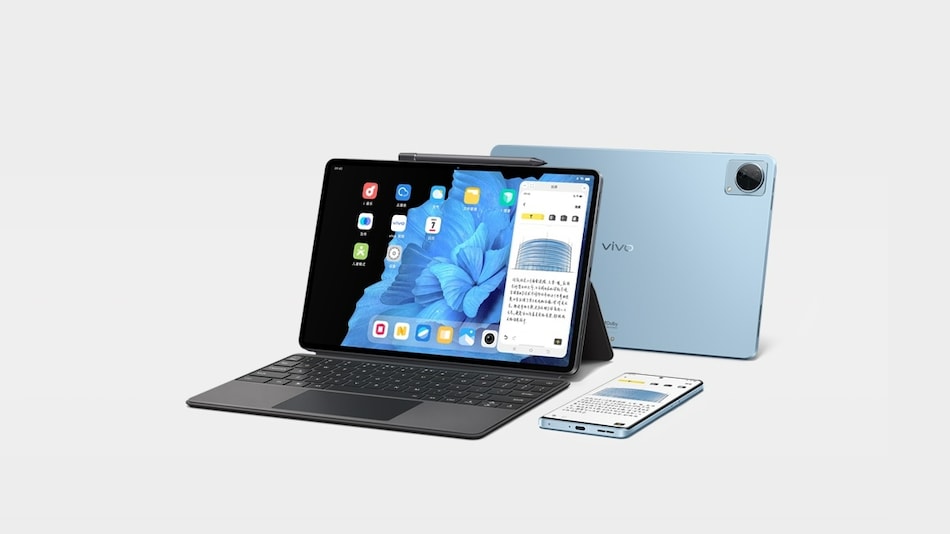 Vivo Pad and Vivo Watch are reportedly being tested in India, with a launch expected by the end of Q2 or early Q3 this year. Vivo Pad is set to be the first tablet launched by the Chinese tech giant in India. The report, however, does not specify whether the Vivo Watch arriving in India is the same Vivo Watch 2 that was launched last year in China. These devices have been tipped to accompany the release of the Vivo X80 series of smartphones, which could comprise Vivo X80, Vivo X80 Pro, and Vivo X80 Pro+ models.

As per a report by Pricebaba, Vivo is expected to debut these devices in India after the end of the Indian Premier League (IPL) 2022 season which is scheduled to wrap up on May 29. As mentioned earlier, the Vivo Pad and Vivo Watch could hit the Indian markets alongside the release of the Vivo X80 series of smartphones.

Vivo Pad is set to first debut in China during the Vivo X Fold and Vivo X Note launch event on April 11. It has shared the first look of the tablet. Past reports suggest that this tablet will be powered by a Snapdragon 870 SoC. It could also pack an 8,040mAh battery. The tablet has been tipped to feature an 11-inch 2.5K LCD screen with Dolby Vision support and a 120Hz refresh rate. It could have 8GB of RAM and up to 256GB of onboard storage. The showcased rear camera island could house a 13-megapixel + 8-megapixel dual-camera setup.

If Vivo decides to bring the Vivo Watch 2 model that was released last year in December to India under the moniker of Vivo Watch, then the wearable could have a 1.43-inch always-on display with 466x466 pixels resolution. The Vivo Watch may come with 2GB of onboard storage. Its battery would be able to provide up to seven days of backup power per charge.