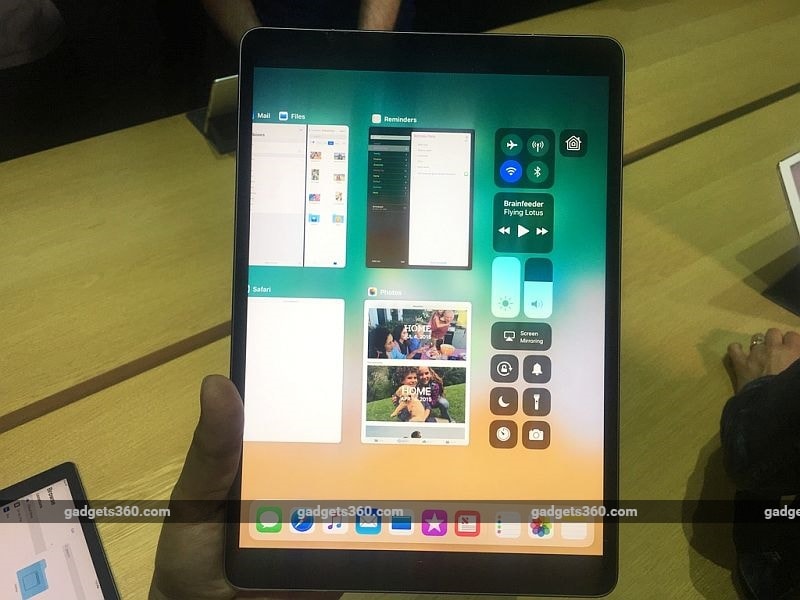 Apple on Monday at its WWDC 2017 keynote address finally unveiled the much-anticipated 10.5-inch iPad Pro. The company also announced a new 12.9-inch iPad Pro refresh. The company confirmed that the new iPad Pro models will be going on sale in India "later this month." Both the models will ship with iOS 10 but will be eventually upgraded to iOS 11 starting this fall. The all-new iPad Pro models will come with the new Files app, customisable Dock, improved multitasking, and deeper integration of Apple Pencil.

The new iPad Pro models are now available to order from Monday via the company's online store and are expected to be delivered to customers next week. Both the models will be available next week in Apple Stores through select carriers and Apple Authorized Resellers in the US and 37 additional countries.

New iPad Pro models said to come with ProMotion technology that can deliver refresh rates of up to 120Hz for fluid scrolling, greater responsiveness and smoother motion content. Apple claims that ProMotion improves display quality and reduces power consumption by automatically adjusting the display refresh rate to match the movement of the content. Apple claims that the Retina display on the new iPad Pro model is the company's "brightest iPad display yet."

During the keynote presentation, Apple highlighted some iPad-specific features from iOS 11 which will be available this fall including a new customisable Dock for quick access to frequently used apps and documents from any screen; improved multitasking; including a redesigned app switcher; a new Files app for file management at one place, and also support multi-touch drag and drop.

The company has also included a new document scanner in Notes, which lets users scan documents and even offers option to enhance readability of the scanned document. iOS 11 will also bring deeper integration for Apple Pencil which will support inline drawing to write along text in Notes and Mail alongside other features. Apple also showcased a new instant notes feature that opens Notes from the lock screen by simply tapping Apple Pencil on the display.

Notably, with the launch of the 10.5-inch iPad Pro, Apple has done away with the 9.7-inch iPad Pro it unveiled in March last year. Thus, it still only has two iPad Pro models in its portfolio.

We discussed everything Apple announced at WWDC 2017 on Orbital, our weekly technology podcast. You can subscribe to it via Apple Podcasts or RSS or just listen to this episode by hitting the play button below.