Renault's Ampere subsidiary is expected to employ an estimated 19,000 people across Europe, China and South America. 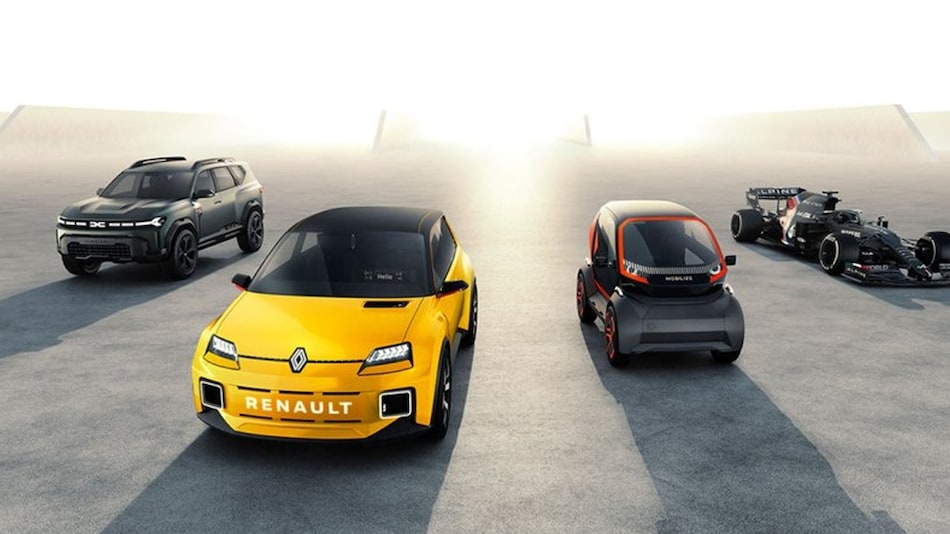 Renault plans to invite investment in Ampere but would remain the majority shareholder.

French automaker Renault will pitch investors Tuesday on its planned green revamp, with two spin-offs: a new electric-vehicle unit and a subsidiary for thermal and hybrid assets.

The electric vehicle market is expected to grow rapidly in response to consumers' worries about climate change, putting pressure on manufacturers to develop less polluting products.

The European Union last month agreed to phase out new CO2-emitting vehicles by 2035, a move set to turbo-charge the production of electric prototypes on the continent.

At an investor day in Paris on Tuesday, Renault is expected to outline its green transformation.

The flagship division of the carmaker's reorganisation is Ampere, a split-off expected to employ around 10,000 staff in France and produce electric vehicles in the north.

Renault plans to invite investment in Ampere but would remain the majority shareholder.

Renault also intends to combine its technological, manufacturing, and research and development activities for its hybrid and internal-combustion vehicles in a subsidiary called "Horse".

The subsidiary is expected to employ an estimated 19,000 people across Europe, China and South America.

Chinese car manufacturer Geely is being considered for a stake in the company.

"We are designing an agile and innovative organisation to manage the volatility and accelerated technological evolution of our time," said Renault CEO Luca de Meo.

Investors on Monday expressed their interest in Renault's transformation, with the group's shares climbing 3.77 percent on the Paris stock market.

The company suffered a historic loss in 2020 and its recovery was destabilised by its withdrawal from Russia following Moscow's invasion of Ukraine.

The value of traditional car manufacturers pales in comparison to new players on the market specialising in electric vehicles such as Elon Musk's Tesla or Chinese firm BYD.

Renault still needs large investment to accelerate its electric transformation, according to plans it presented in 2020.

US giant Ford has taken similar steps, announcing the creation of the "Ford Model E" earlier this year.

Renault's sales of traditional internal-combustion vehicles are falling. In the first nine months of 2022, hybrid and electric vehicles represented 38 percent of the brand's registrations in Europe, a year-on-year increase of 12 percent.

The planned separation of Renault's electric and conventional production has concerned trade unions after several waves of job cuts.