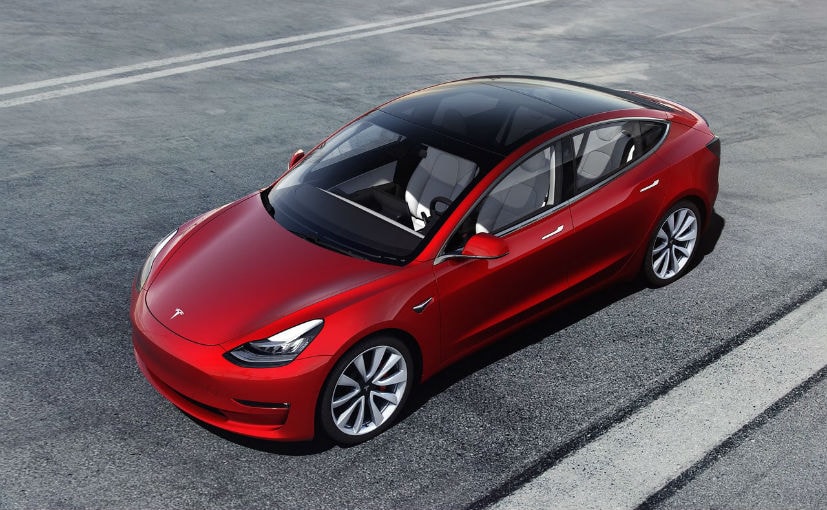 Tesla incorporation papers have surfaced online and the listing of the board of directors mentions two senior Tesla executives. The company, titled Tesla India Motors And Energy Private Limited, was registered last week in Karnataka, with an address on Bengaluru's Lavelle Road. Earlier, Transport Minister Nitin Gadkari had said that Tesla would launch operations in India in early 2021, and it appears that the company is taking the first steps in this direction.

The listing was surfaced on Twitter by a Tesla fan account, Tesla Club India, which also tracked down the location of Telsa's new office. Looking up the company on listing sites, you can also see that it is registered as a subsidiary of a foreign company, in the Sale, Maintenance, and Repair of motor vehicles category. But most importantly, the listed board of directors includes Vaibhav Taneja, Venkatrangam Sreeram, and David Jon Feinstein. According to his LinkedIn profile, Taneja is Chief Accounting Officer (CAO) at Tesla. Another listing shows that Feinstein is Global Senior Director, Trade Market Access at Tesla.

Sreeram is a director at Xenon Automotive India, a Bengaluru-based company that (among other things) sells a digital Automotive Dealer Management Toolkit. He is also co-founder of ClearQuote, which uses computer vision to assess damage to cars. But perhaps more relevant is the fact that he worked for Tesla in Shanghai from 2012-2014 as a project manager involved in setting up the wholesale and retail operations in China.

The list of directors along with the incorporation papers suggests that Tesla is indeed on its way to setting-up in India — this isn't exactly surprising since this has been in the works for a while, and on December 28, was officially confirmed by the Transport Minister who said it would start early 2021, launching the Tesla Model 3 first.

The Tesla Model 3 is the cheapest among Tesla vehicles, with prices in India reportedly starting at over $74,739 (roughly Rs. 55 lakhs), and bookings will apparently start in January.

From PBX to Bixby, How Samsung Research Evolved in India Over 25 Years