The Mi QLED TV 75-inch television is the company’s biggest one yet. 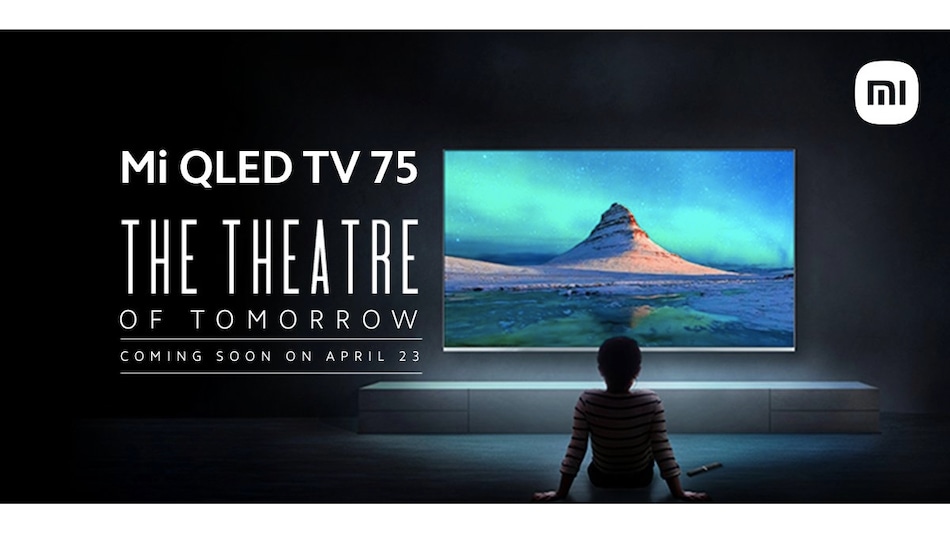 Mi QLED TV 4K 75-inch television from Xiaomi India launch has been confirmed for April 23. This television will be Xiaomi's largest Smart TV in the country yet, and will likely also be its most expensive television offering since introducing its TV range in India in 2018. Like with phones, Xiaomi now has both Mi TVs on the slightly higher end of the market, alongside the relatively more affordable Redmi TVs. In terms of features and specifications, the 75-inch Mi QLED TV will be similar to the 55-inch variant in the same series which was launched in December 2020.

The announcement of the upcoming launch has been made through a tweet by Xiaomi, suggesting that the new television will launch on April 23, at an online event that is also expected to feature the launch of the Mi 11X series of smartphones. The television is Xiaomi's follow-up to the 55-inch variant, and the large screen size is meant to appeal to buyers looking for a theatre-like experience while watching TV at home. This might be especially the case given that watching movies in theatres has been made difficult by the Covid-19 pandemic. The new television is expected to be priced at under Rs. 1,50,000 — most other brands with televisions this size are priced considerably higher.

In terms of specifications and design, the Mi QLED TV 75 will be similar to the Mi TV Q1 75-inch, listed on the company's global website. This includes the 75-inch QLED screen, Android TV 10, hands-free access to Google Assistant, and support for Dolby Vision HDR and Dolby Audio. Of course, the closest comparison for specifications and features will be the Mi QLED TV 4K 55 (Review), which is the company's first QLED TV in India, and is part of the same product range.

There will also likely be some India-specific customisations to both the software and hardware, along with some recent features for PatchWall such as the Mi Home app which was recently introduced on the Redmi TV X55 (Review). Of course, all of this will be officially unveiled at the launch event on April 23, which will include details on the price, features, and availability in India.

Xiaomi also announced that it has sold over six million televisions in India since its launch in early 2018, and has a market share of 25 percent in the smart TV segment in India as per IDC. While a 75-inch television is unlikely to sell in large numbers, the company does feel that it will contribute to its portfolio meaningfully, and give it an entry into the premium, large TV space. The company also announced that the 75-inch television will be made in India, with the company manufacturing all of its Indian models and variants in India itself.

Is Mi QLED TV 4K the best affordable smart TV for enthusiasts? We discussed this on Orbital, the Gadgets 360 podcast. Orbital is available on Apple Podcasts, Google Podcasts, Spotify, and wherever you get your podcasts.