Netflix Is Now Available on Tata Play Through Combo Packs 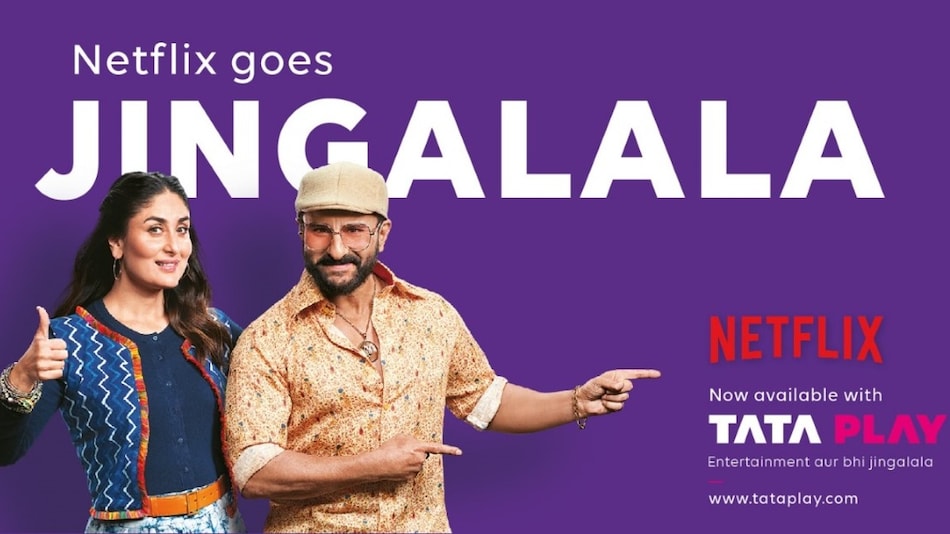 Netflix will now be available on Tata Play, which changed its name and identity from Tata Sky recently. As per the Direct-To-Home (DTH) and Pay-TV operator, its subscribers will be able to access the content on the OTT platform starting from Thursday through 90 bundles, which will include linear channels and Binge combo packs. The news comes a few days after a report said that Tata Sky Binge+ users have started getting Netflix access on their Android hybrid set-up boxes.

As per a press release from Tata Play, DTH subscribers will be able to get access to Netflix through the Tata Play Netflix Combo packs that will offer a choice of Netflix's Basic, Standard and Premium plans. Furthermore, the subscribers will be able to pay for the subscription through Tata Play's wallet. It essentially means that you will have to add the charges based on your Netflix subscription in the Tata Play wallet instead of separately paying for it.

Furthermore, the users who subscribe to the Tata Play Netflix combo packs will be able enjoy Netflix on their TV through the Tata Play Binge+ Smart set top box as well as on any device of their choice, including Smart TVs, streaming devices, smartphones, PCs, among others. It already offers content from Disney+ Hotstar, Eros Now, and SonyLIV, among others. Notably, the operator tied up with Netflix to offer content to its subscribers in 2018 but the service never came to the Tata Play Binge+ even though rival Airtel Digital TV has provided Netflix to its Xstream set-top box users since the beginning.

Tata Sky recently changed its name to Tata Play and the rebranding is “an inclusive and scalable identity that will accelerate the forward momentum of the company and aid further diversification into allied businesses,” the company said in a statement.