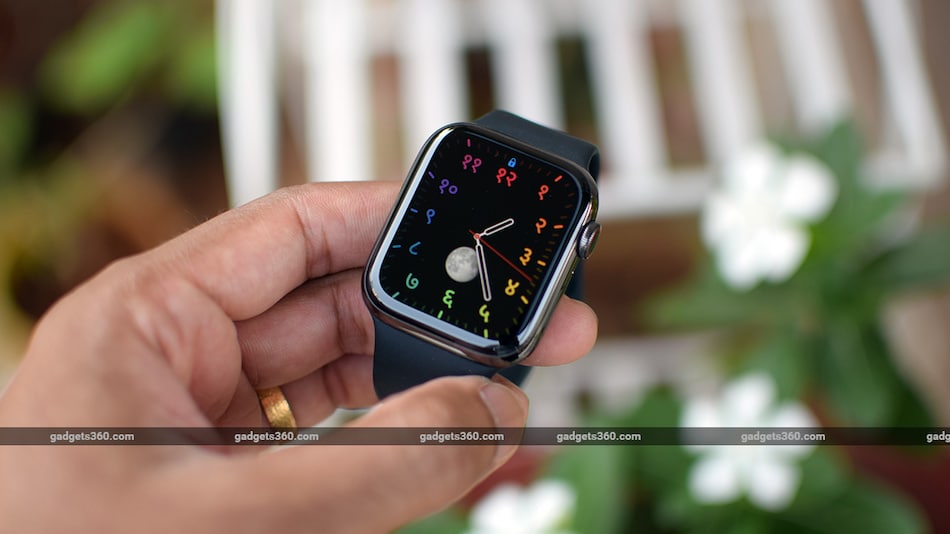 Apple has announced the Apple Watch Series 6 Service Program for Blank Screen Issue after the company determined that a very small percentage of 40mm Apple Watch Series 6 screens may permanently go blank. The affected wearables were manufactured between April 2021 and September 2021. Users facing this issue have the option to check the serial number of their smartwatch on the official website. If your smartwatch is eligible, you can access free of charge service from an Apple Authorised Service Provider (AASP). Separately, it was reported late last month that the Apple Watch Series 7 fast charging is breaking as the watchOS 8.5 update.

Apple Watch Series 6 Service Program for Blank Screen Issue was announced by the Cupertino, California-based company after it detected a manufacturing defect with its Series 6 smartwatches. According to the company, the screens of a small percentage of the 40mm Apple Watch Series 6 may be going blank permanently. The affected wearables are from the batches that were manufactured between April 2021 and September 2021.

The tech giant has made it clear that only the eligible smartwatches will receive the free service from the AASP. The company has said that repair of the eligible wearables may be limited to the original country or region of purchase. Users can check the eligibility of their smartwatch for the Apple Watch Series 6 service programme by entering the serial number on Apple's official website.

It was reported last month that the watchOS 8.5 update which was released for the Apple Watch in March was breaking fast charging support. The update had brought the ability to authorise Apple TV purchases and subscriptions directly from the users' wrist. Users could also use audio hints in Fitness+ with audio commentary of visually demonstrated moves during workouts following the update. But the reports pointed to Apple Watch Series 7 users confirming that the watchOS 8.5 appears to break support for fast charging — a feature that was exclusive to the Apple Watch Series 7.