Google Pixel Watch will be launched on October 6. 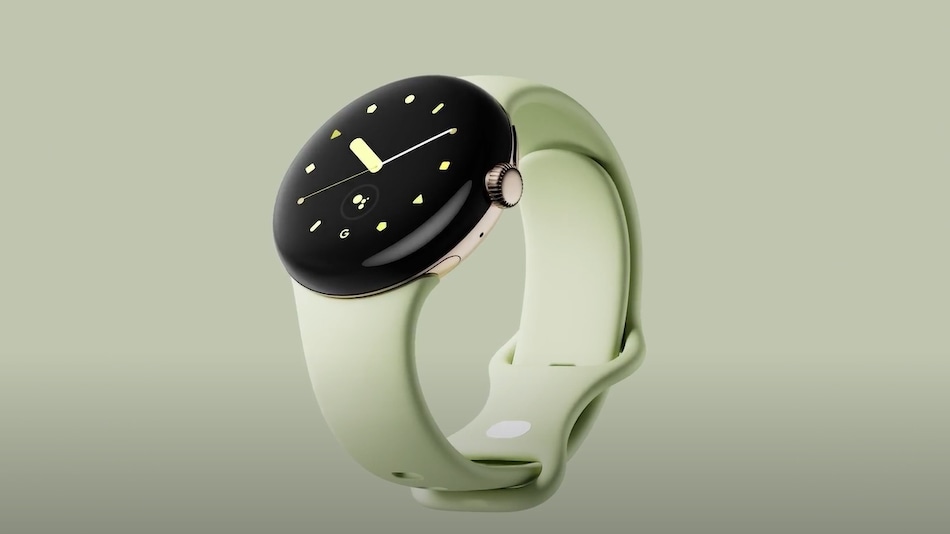 Google Pixel Watch was showcased during the I/O 2022 event in May as the first smartwatch offering from the company. The tech giant is all set to unveil the wearable alongside Google Pixel 7 series during its ‘Made By Google' event on October 6. Just days before the formal debut, Google has released a promo video, showing the complete design of the Pixel Watch. In the short video, the company promotes its premium design and confirms features including heart rate monitoring. The Google Pixel Watch runs on the Wear OS platform and comes with Fitbit integration.

The promo video released by Google on YouTube shows the Pixel Watch in all its glory from all angles. The video suggests multiple colourways for the wearable. It has a circular display with a black dial and minimal bezels. The promo video also shows a side-mounted button for navigation through the UI and Gorilla Glass protection for the display. It also suggests some features including heart rate tracking and support for multiple watch faces.

Google introduced the Pixel Watch in May at its I/O 2022 event. The company will be hosting the ‘Made By Google' launch event on October 6 at 10am ET (7:30pm IST) to launch the Google Pixel Watch and Google Pixel 7 series.

The Pixel Watch will run the latest version of Wear OS and will come with support for Google Assistant, Google Maps, and Google Wallet. It can be used as a remote for compatible smart home devices using the Home app for Wear OS. The Pixel Watch will work with the Find My Device app.

As per a recent report, the Google Pixel Watch price in the US will start at $349.99 (roughly Rs. 28,000) for the Wi-Fi only variant. The Wi-Fi only variant is said to come in Black/Obsidian, Gold/ Hazel, and Silver/Chalk colour options. Meanwhile, the cellular variant of the upcoming smartwatch is said to be available in Black/Obsidian, Silver/Charcoal, and Gold/ Hazel colour options.