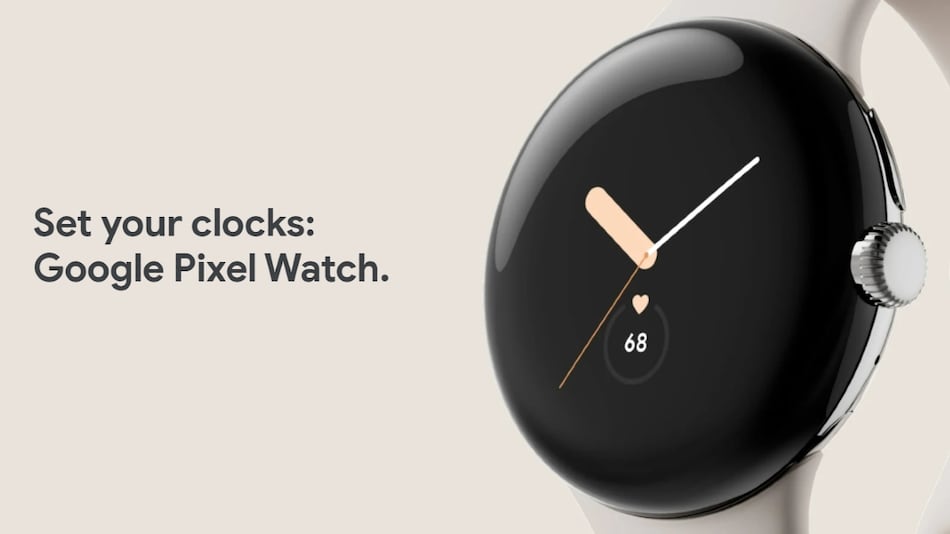 Google Pixel Watch price for the Wi-Fi only variant has been leaked ahead of its launch, according to a report. The colour options for the Wi-Fi and cellular models have also been reportedly shared online. A previous report in August suggested the price of the cellular version of the Google Pixel Watch. The tech giant is set to host the ‘Made By Google' launch event on October 6 at 10am ET (7:30pm IST), during which the company will unveil the new smartwatch and the Google Pixel 7 series.

Google has already announced that it will be hosting the ‘Made By Google' launch event on October 6 at 10am ET (7:30pm IST). During the event, the company will unveil a range of products, including the Google Pixel Watch and Google Pixel 7 series. The Google Pixel Watch will reportedly be available for purchase starting November 4.

Google Pixel Watch was first announced at the Google I/O event in May this year. The upcoming smartwatch will run on the latest version of Wear OS. It will sport a circular dial with minimal bezels around the display.