Samsung Galaxy Buds 2 Pro can be seen in three colour options in the leaked renders. 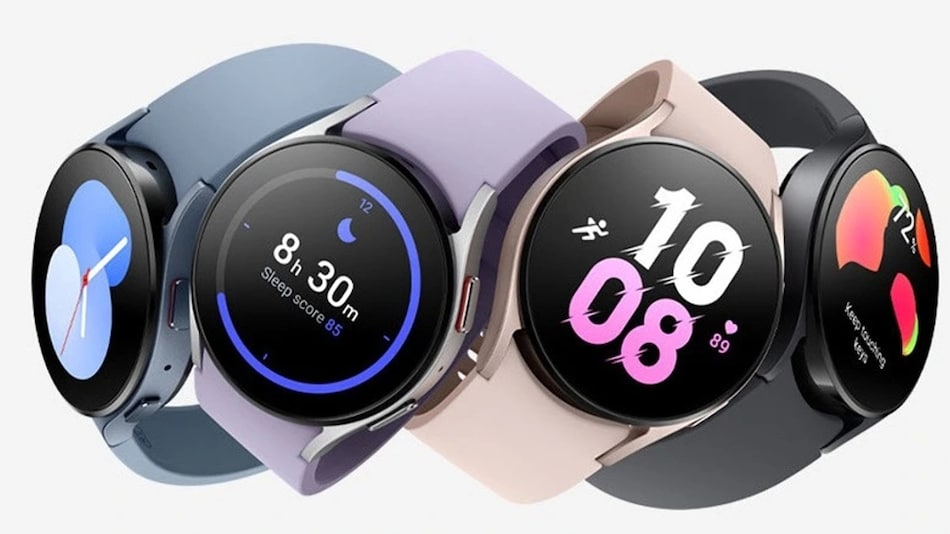 Tipster Roland Quandt has posted the alleged promo images of the Galaxy Watch 5 series and Galaxy Buds 2 Pro on Twitter. In the leaked renders, the wearable is shown in multiple colour options with a similar circular dial design as previous generations. The renders also indicate fast charging capability in the upcoming models, which is in line with past leaks. Previous leaks have suggested that the Galaxy Watch 5 models will feature 10W fast charging. They will track basic fitness activities like steps and could offer multiple sports modes.

Samsung Galaxy Unpacked 2022 event will be held today at 6:30pm IST and the company is expected to launch the Samsung Galaxy Z Fold 4, Galaxy Z Flip 4, Galaxy Watch 5 series and Galaxy Buds 2 Pro during the event.

The upcoming Galaxy Buds 2 Pro are expected to come equipped with 10mm drivers and feature multiple microphones on each bud with active noise cancellation (ANC) feature. They are said to be the successor of the Galaxy Buds 2.