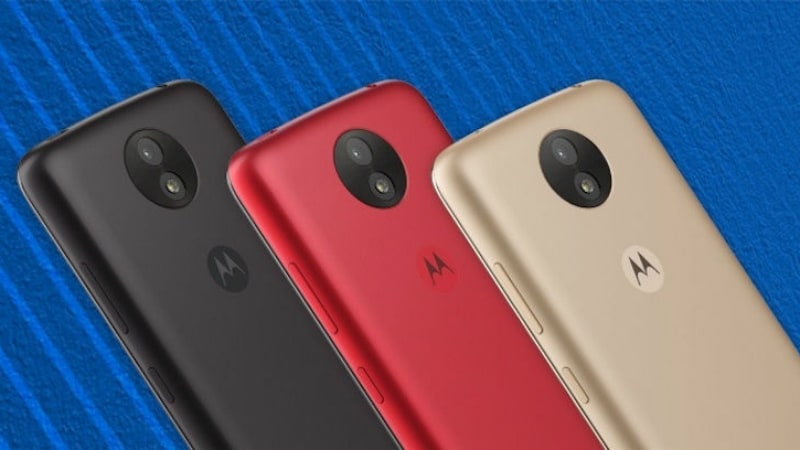 After a global reveal just a month ago, the Moto C Plus has launched in India, and will be available via Flipkart from Tuesday. The Moto C Plus touts a massive 4000mAh battery and Android 7.0 Nougat. It sports a 5-inch HD (720x1280 pixels) display and is powered by a 1.3GHz MediaTek MT6737 quad-core Cortex-A53 SoC paired with 2GB of RAM. With the Moto C Plus, you also get 16GB of inbuilt storage, which is expandable via a microSD slot (up to 128GB).

Moto C Plus launch day offers include the option of getting the Motor Pulse Max headset at Rs. 749, while Reliance Jio customers who subscribe to Jio Prime will get up to 30GB of additional data without any extra charge. Additionally, users will get an extra 20 percent off during the upcoming Flipkart Fashion sale from June 24 to 26.

OnePlus 5 price in India, release date, and availability leaked
With the OnePlus 5 set for a Tuesday launch globally, India gets it on Thursday. Yes, June 22 is when you can buy the latest flagship from OnePlus at a starting price of Rs. 32,999 for the 6GB RAM and 64GB storage. This is of course, depending if the latest OnePlus 5 leak via Chinese social network Weibo is true. Other information includes an 8GB RAM and 128GB storage variant priced at Rs 37,999 and the first Amazon India OnePlus 5 flash sale from 4:30pm on Thursday. Like most leaks and rumours prior to a big announcement, you’re better off taking this with a pinch of salt until official details are confirmed by the company at the launch event on June 22. What is confirmed though, OnePlus 5’s dual camera setup and design thanks to a TV ad that ran during the India versus Pakistan Champions Trophy match on Sunday.

Amazon Sale offers deals on iPhone 7, OnePlus 3T, iPhone 6, and more
A three day sale on Amazon sees the iPhone 7 32GB, 128GB, and 256GB discounted to Rs. 42,999, Rs. 54,490, and Rs. 65,900 respectively. The OnePlus 3T is available at Rs. 29,999 with an exchange offer up to Rs. 13,060 and a No Cost EMI option. There’s also an offer from Vodafone that gets you 45GB of free data for five months. This exchange offer is also listed on the iPhone 6 32GB, which is available at a discounted rate of Rs. 24,999 as part of the Amazon sale offers. The Moto Z is also available at a discounted price of R. 29,999, with additional exchange offers of up to Rs. 13,060 also applicable on the purchase of this smartphone. There are several Moto Mod discounts also listed alongside the smartphone during the Amazon India sale. A similar exchange offer is also listed on the Moto G5 Plus as well as the Xiaomi Mi Max Prime smartphones. The Amazon sale lasts till Wednesday, June 21.

Vodafone offers unlimited Internet access at Rs. 6 per hour with new SuperNight pack
With Reliance Jio forcing telcos to stay competitive, Vodafone India has launched a new recharge pack for prepaid users. This lets them use the Internet with no data cap and at a cost of less that Rs. 6 an hour. Comparatively, Reliance Jio costs around Rs. 10 per day for 1GB of 4G data. In Vodafone’s case, the new offer, dubbed as Vodafone SuperNight Rs. 29 recharge pack, customers can get unlimited 3G/ 4G (depending upon the circle/ device) Internet access between 1am and 6am with a recharge of Rs. 29, which roughly comes out to less than Rs. 6 per hour. Vodafone says price of the pack may vary from circle to circle.

LG G6+ with 128GB storage, LG G6 32GB launched
The LG G6 may be one of the better phones from LG but it’s not without its concerns, namely certain features like wireless charging and high-fidelity quad-DAC being restricted to certain markets. This will change with the LG G6+. The new variant of the LG G6 has these features in all markets as well as 128GB storage. To compete even further, there’s a 32GB LG G6 too available in non-optical Terra Gold, non-optical Marine Blue, and an already available Mystic White model. The LG G6+ will be available in Optical Astro Black, Optical Marine Blue, and Optical Terra Gold. Not to be left out, the 64GB LG G6 is also getting two new optical colours, Optical Marine Blue and Optical Terra Gold. No date has been announced for the LG G6+ outside of South Korea, but we won’t be surprised to see one soon.

Prime membership adoption at 90 percent among those using Jio as primary SIM
Almost 90 percent of Reliance Jio users have the promotional Jio Prime membership plan and 76 percent plan on using the service when the promotion ends. 84 percent of Jio users have paid monthly top-up with majority of them choosing Rs. 303 Jio plan or Rs. 309 Jio pack. These are some of the results of an online survey, conducted by Bank of America Merill Lynch. It was done with a sample size of around 1,000 users to understand consumer perception at the end of free service from Jio, but was restricted to those who use Jio as their primary SIM, which would skew the results quite a bit.

Uber launches UberPASS in 4 Indian cities
To compete with the Ola Share Pass, Uber has launched a subscription service known as UberPASS in Mumbai, Delhi, Chennai, and Kolkata. It grants users access to highly rated drivers, discounts on fares, and waivers on cancelation charges. There’s no price for the service just yet, though it will vary from city to city. Depending on how consumers response to UberPASS, the company said, the service could be rolled out to other cities too.

Netgear Arlo Pro wireless weatherproof security camera launched in India
The Netgear Arlo Pro camera is, according to Netgear, a wire-free, weather proof HD camera for home security. It has a 130-degree field of view and uses two rechargeable batteries. It can be used indoors and outside your house without being connected to a power socket. The Arlo Pro system launched in India is model VMS4230, which comes with two security cameras (with rechargeable batteries) and one base station, and it has been priced at Rs. 36,500.

Flipkart Fashion says that it has partnered with global agencies to ensure quality control, with testing of the fabric being used. Sources tell Gadgets 360 Flipkart plans to add private labels for categories such as home appliances, grooming, and furniture.