From Smart Address Search to Plus Codes, Here's How Google Maps Is Indianising User Experience 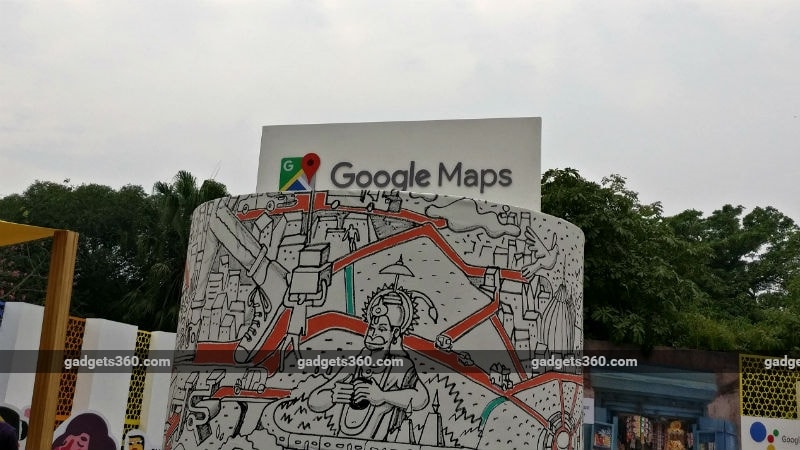 India isn't a new market for Google. The growing penetration of data already convinced the company to bring its innovations to the Indian market at a faster pace than many other markets. However, it is Google Maps that has been helping the search giant nowadays to bring end consumers, businesses, and the government under one roof. On the sidelines of a press conference in New Delhi earlier this week, Suren Ruhela, Director of Google Maps Next Billion Users, revealed the difficulties in localising the mapping service in the country.

"We want to make our maps more and more relevant for people across the world. But there are very few specific markets such as India where we have special strategies," Ruhela told Gadgets 360.

Silicon Valley-based Ruhela arrived in India to launch three new features of Google Maps on Tuesday. Among the new features, there is the ability to search for addresses and add an address directly from the Google Maps app, localisation of plus codes, and voice navigation support in six additional Indic languages, including Bengali, Gujarati, Kannada, Telugu, Tamil, and Malayalam.

Ruhela and his team observed the significant differences between India and developed markets (such as the US and Western Europe), which were used to tweak Google Maps for use here. Street addresses are one such difference, as these are not nearly as standardised in India as they are in the more developed markets. Ruhela's team blended machine learning with human inputs to deliver what it calls a Smart Address Search feature.

"In the US, every house has a number and every street has a name. This makes it easy to identify a place quite quickly," said Ruhela. "But in India, those things don't exist in the same manner. So, we need to adopt a lot more and innovate a lot more to make our product work really well."

Google has provided an option for end users to add a specific address, to add locations more quickly. But to avoid any release of personal information, and to make sure that the provided information is accurate, the company reviews user submissions. "User-generated content for us is a very viable channel," said Ruhela. "It's not only just about adding addresses, there are people who are adding businesses and adding information about events and road closure. We believe that there is no other such way we will have for the information that we obtain directly from our users. We also have checks and balances in place and our algorithms ready to get as much information added to Maps as possible."

Apart from household and business addresses, Ruhela tells Gadgets 360 that Google Maps offers information about public toilets for many cities. "Our nodal partnership for the public toilet listing is with the Ministry of Housing and Urban Affairs," he said. There are also partnerships with Zomato and Bookyourtable to let users directly book a table at a restaurant using the Google Maps app. Furthermore, Ruhela mentioned that the team behind Google Maps is working very closely with the traffic police authorities in Delhi, Mumbai, and Chennai to surface information about planned road closures. "At the same time, we are also helping the authorities understanding the traffic pattern of the cities and proactively avoid traffic jams," he added.

In addition to local listings, Google last year added real-time bus information for Maps users in Kolkata. The company partnered with West Bengal Transport Corporation (WBTC) to offer real-time updates for key WBTC transit routes. Ruhela hints that his team is now set to expand the initial development by expanding the public bus tracking to Delhi and Bengaluru. "We are talking to Delhi Transport Corporation (DTC) and Bangalore Metropolitan Transport Corporation (BMTC), and all of them in principle want to enable public bus tracking for their commuters," he said, adding, "The authorities in question are currently at different stages of doing things, and in the next two to three years, you'll see that [bus tracking] become more ubiquitous."

At the Tuesday launch, the Google Maps team also announced the formal arrival of plus codes in India. Plus codes aren't something all new for Google Maps users as these six-character codes have been on the app for sometime and are most simply the upgrade of Open Location Code (OLC) that was designed as a geocode system to identify places on the Earth with unique codes. Google Maps is now using the system particularly for India, in the form of a 'six-character + city' format.

Google isn't the first to try and accomplish this in India. Earlier attempts have come from a company called Zippr, and MapMyIndia has a feature it calls eLocs as well, both of which aimed to standardise and simplify Indian addresses. Given Google's massive scale though, it might grow faster than these alternatives.

MapMyIndia's eLoc Wants to Be an Aadhaar for Your Physical Address

Unlike the original OLC system that was developed at Google's Zurich engineering office back in October 2014 as an open-source solution, plus codes are meant to be a consumer-centric feature. "The plus codes addition is more relatable than OLC for sharing addresses from a consumer point of view," said Ruhela. "The technology behind both developments is identical, though we improved it and made it more usable, and we now have a name which we believe makes a lot of sense."

Google is projecting multiple use cases of plus codes in India, including their adoption by enterprises and even some government departments. "We are in initial talks with the Department of Post to understand if they have any plans to do something around addresses or are there any places where they find it is hard to locate the addresses and can plus codes be one of the solutions they can use. But nothing concrete yet, everything is at a very early stage right now," said Ruhela.

Additionally, Google worked with BookMyShow in the past to offer plus codes on event tickets to help attendees navigate to the venue. Developers can also leverage the open-source nature of plus codes to integrate the coding system right into their apps.

At Google for India 2017 in December, Google Maps executives announced a two-wheeler mode that was designed by keeping in mind the Indian drivers. Ruhela says that in just three months of its launch, the two-wheeler mode has attracted 10 percent of the total Google Maps users in the country. "We are looking at more growth going forward," he said.