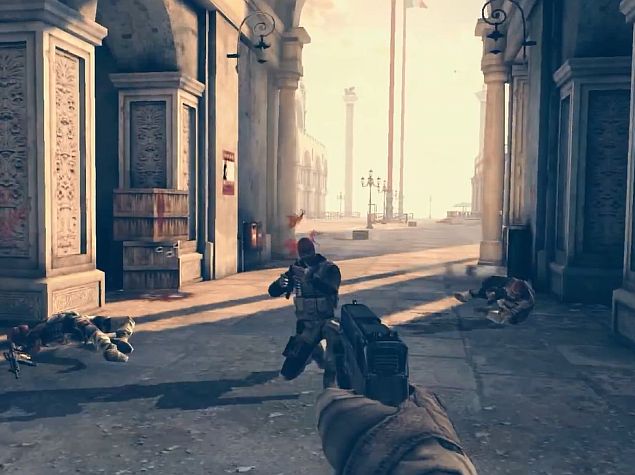 The number of E3 2014 announcements has not only affected the console and PC gamers but has also bought seven new games for the mobile gamers courtesy Gameloft. The games include Spider-Man Unlimited, Modern Combat 5: Blackout, Ice Age Adventures, Asphalt Overdrive, Cars: Fast As Lightning, Dungeon Gems, an Rival Knights.

While we have already discussed Spider-Man Unlimited in our previous report in detail, the two other games that have been highlighted are Asphalt: Overdrive and Modern Combat 5: Blackout.

The Asphalt: Overdrive is a spin-off arcade racing game and is based on missions in order to unlock new areas and cars. The game brings the cars from the 80s era back to life and lets users compete with friends, get chased by cops, challenge bosses and perform stunts. The game lets users customize cars by earning points and cash in the game. Each turf has number of missions to complete.

Modern Combat 5: Blackout is the latest instalment in the first person shooter franchise for mobile, and includes four new character classes - heavy, recon, assault and sniper. Modern Combat 5: Blackout would also come with a multiplayer mode. The paid app will arrive later this year to Google Play, charging $7 to users. The game was teased by Gameloft in April this year.

The Ice Age Adventures lets users play as Sid, Manny and Diego from the Ice Age franchise and explore new environments, battle bosses, solve puzzles and more. Cars: Fast As Lightning is based on the movie Cars and lets users not only race as popular Cars characters but act as a tycoon by building homes for 'Lightning McQueen' character and his friends.

Dungeon Gems is a RPG-style puzzle game, which lets gamers play as any of the hundreds of characters. Players would have to hunt for dragons and battle through dungeons of fire and ice. Rival Knights is an action-based knight combat game in which users battle through different challenges in both solo and multiplayer mode.r

EU Court Rejects Intel Appeal Against Billion-Euro Fine
Samsung, Pebble Account for 96 Percent of Smartwatch Sales in the US: NPD