Both new public transit-centric features are heading to Google Maps users in about 200 cities globally. 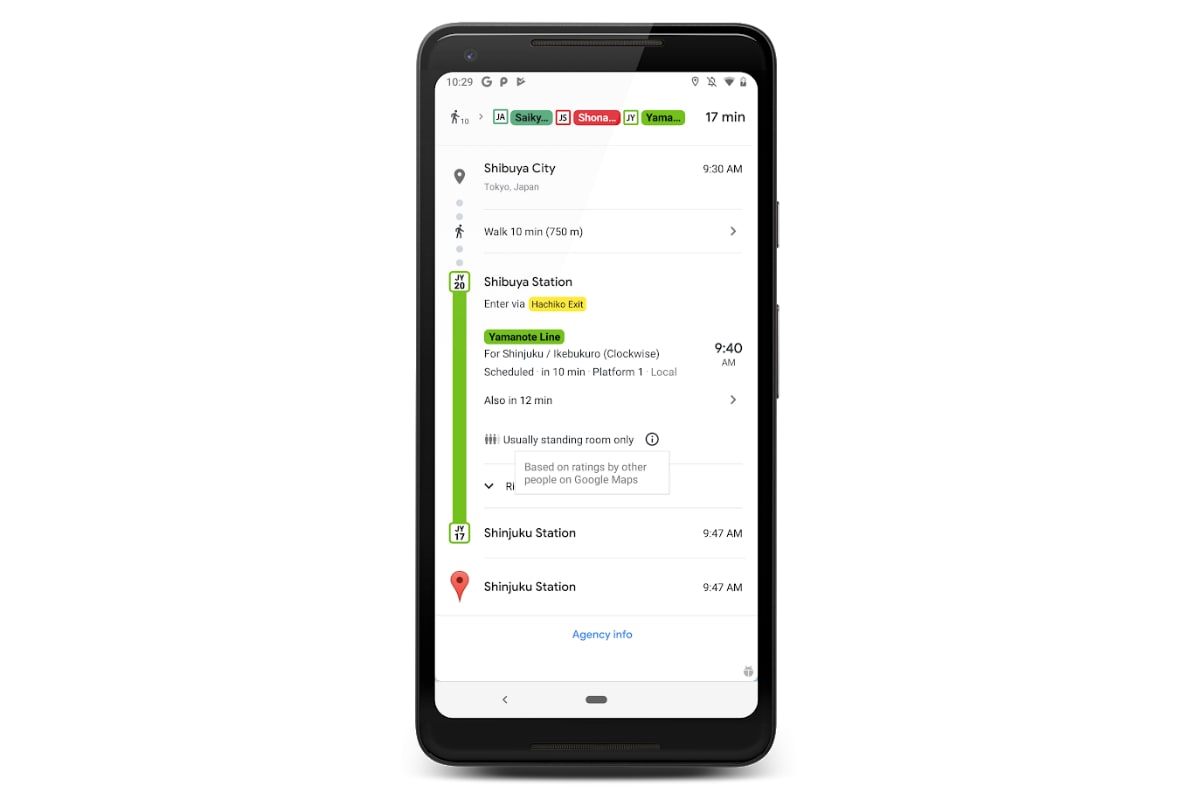 Google Maps is set to make your public transit experience better by offering crowdedness predictions specifically for public transport. This means, just like how you use Google Maps to see real-time traffic conditions on your route, you will now be able to understand how crowded the bus, train, or subway that you're about to catch will be. Additionally, Google Maps is expanding its live traffic delays for buses to help you see how long the next bus would take to reach your stop. The feature that uses a machine learning model on top of live traffic data was first launched in India earlier this month.

With the addition of transit crowdedness predictions, Google Maps will become the ultimate solution to see how jam-packed is going to be your next public ride. This will help you make an informed decision about whether you should take the bus, train, or subway that is already crowded or wait for a transport that would have an empty seat for you.

The transit crowdedness predictions feature will be available through optional feedback directly from the Google Maps users. Further, you may get notifications on the Maps app asking about how crowded your bus, train, or subway ride was after navigating in the transit mode.

Aside from providing you crowdedness predictions, Google Maps is adding live traffic delays for buses to help you see if your bus will be late or how long the delay will be. The delay will be included based on live traffic conditions along your route. Also, Google is using its machine learning model to predict bus delays in real time.

"In addition to road traffic delays, in training our model we also take into account details about the bus route, as well as signals about the trip's location and timing. Even within a small neighbourhood, the model needs to translate car speed predictions into bus speeds differently on different streets," Google explained its a separate blog post.

Notably, Google Maps first launched the feature to predict bus delays in India earlier this month. It is, however, now rolling out in about 200 cities around the globe on both Android and iOS -- alongside the newly developed transit crowdedness predictions feature.