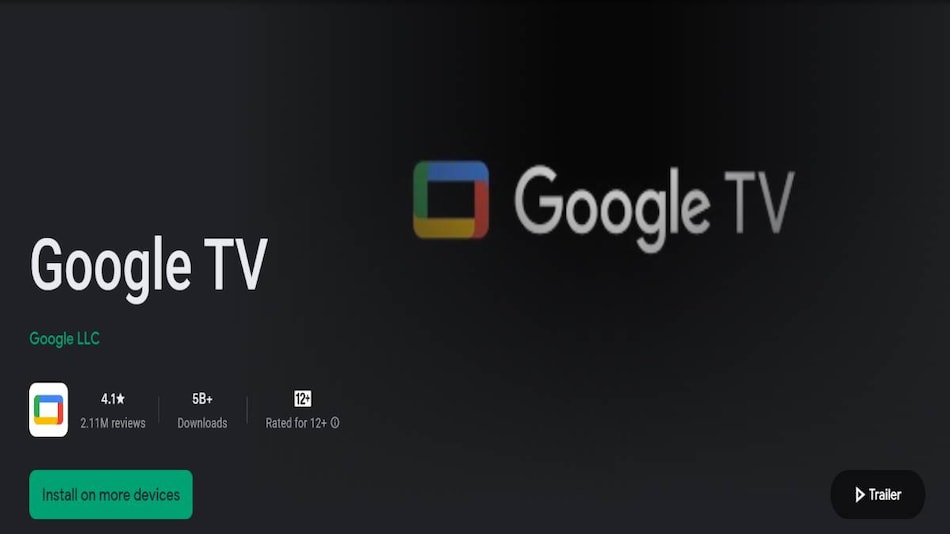 Google has reportedly started removing the Movies & TV tab from its Play Store app on Android devices. Google had already announced that the company is retiring its 'Movies and TV' section from the Android devices in March. Users will no longer be able to browse, search, buy or rent television shows and movies from the Play Store app on Android. Instead, purchases and rentals will be available on Google TV, where users can see their library with the recently updated 'Highlights' news feed.

According to an updated announcement post by Google, the 'Movies and TV' tab is being removed from the Google Play Store on Android. Google TV is the new replacement, where users will be able to buy, rent, and watch purchased media from Google TV now, as per the report. Google TV reportedly also has a recently updated feature called 'Highlights' news feed.

Moreover, according to the report, there are not many changes to the previous style of purchases, family sharing, payments (using Play credit and gift cards), refunds, and Play Points on the user's wish list on the Play Store application.

Meanwhile, after removing the Movies and TV section from the Play Store application on the Android devices, users will now see only three tabs, Games, Apps, and Books, while they might be having Offers or Play Pass as a fourth option on the application, as per the report.

"On Google TV, you will find the same experience you are used to on Google Play Movies & TV with the latest new releases, rentals, deals, and great recommendations for you," explained Google on the occasion.

Besides this, Google also reportedly removed several apps from its Play Store last month after the company found that these apps were gathering users' personal data including location, phone numbers, and email addresses.